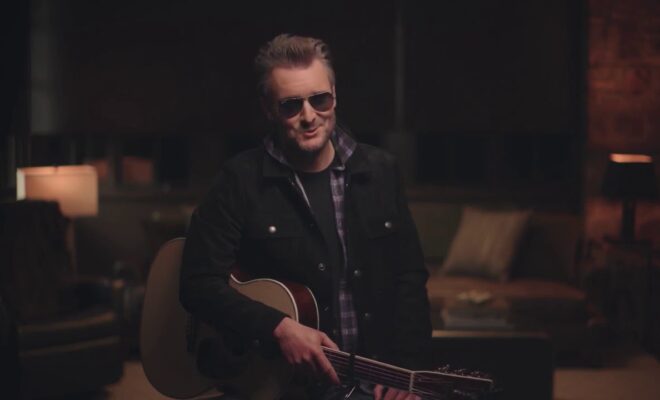 Eric Church shared a video message with fans that confirmed a 2021 live concert tour is in the works. “We are working on a North American tour. We’re waiting for the right timing to officially announce all the details, but I want you to know that a tour is coming, and we are very excited to play new music for our old friends… I cannot wait to see you on the road,” he said.

Along with the big news, he also debuted a new single off of his forthcoming three-part project, Heart & Soul. The ballad “Lynyrd Skynyrd Jones” is now available for purchase and on streaming platforms. The tune is featured on the third album in the collection, Soul, set for release April 23 which follows Heart’s release on April 16.

“‘Lynyrd Skynyrd Jones’ was such a tough one for us to get, but it ended up as one of my favorite performances of my career,” Church said in a statement. “Casey Beathard had written that song and I first played it laying back on my bed for a guitar vocal. I tried to play it the same way a thousand times after that, but there’s a way that song develops that we never could recapture – something about relaxing and laying back; there’s a lope to that song.”

“I started to worry about the soul going away the more we tried. So Jay Joyce said, ‘Let’s let Brian Sutton have a shot at it.’ We let him hear it one time and then he was feeling it as we went,” he continued. “There’s some extra pauses and spaces in the back of the recording as he figured it out. I think that’s what makes that song. It’s compelling and that’s a lot to do with Brian and Jay.”

Church will perform at Tampa Bay’s Raymond James Stadium on February 7. He will sing the National Anthem with Jazmine Sullivan ahead of Super Bowl LV.

Finally, following the game, he will also perform as part of Verizon’s “Big Concert for Small Business” benefit. The show will stream live at 10 PM CT.  Fans can visit VerizonBigConcertSmallBiz.com for more information.