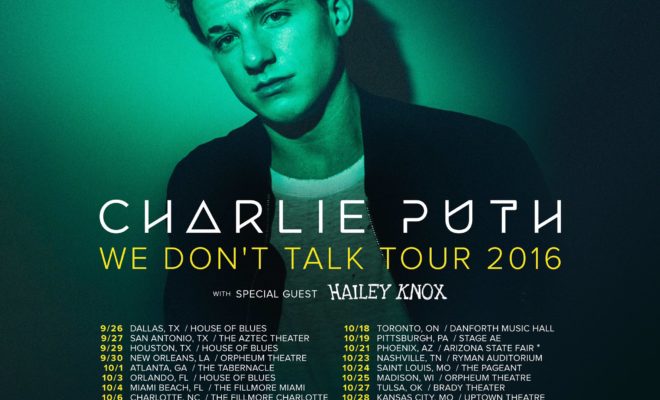 Exciting news for Charlie Puth fans! The “We Don’t Talk Anymore” singer just announced a fall 2016 tour with special guest Hailey Knox! The tour kicks off on September 26th in Dallas and concludes on November 8th in Los Angeles. Presale tickets for select dates begin on Wednesday, June 15th at 10 AM. Tickets go onsale to the general public on Friday, June 17th. Check out the full list of dates below!