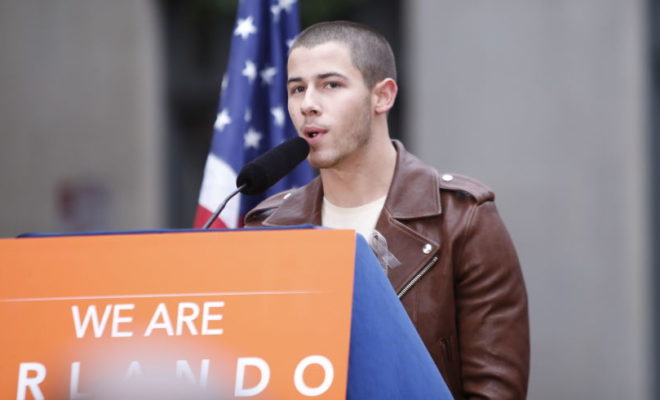 Nick Jonas spoke at the Stonewall Inn Vigil last night in New York City to honor the Orlando shooting victims. Jonas stated that his “heart broke” hearing the news about the shooting at Pulse, a gay nightclub in Orlando. He went on to say that he grew up in the New York/New Jersey area with many friends in the LGBT community.

Jonas continued to say “My father, a minister from New Jersey, shaped my view that love is love and we are all equal. And that no matter who you are, where you’re from, or where you’re going in your life you have the right to love and be loved.”

Our hearts go out to Orlando. Check out the full speech below!