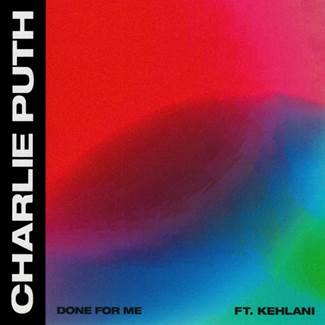 Charlie Puth took to his Instagram to unveil the lyric video for his recently released single “Done For Me (featuring Kehlani),” which is available now at all music retailers and streaming services. Download/Stream HERE and watch the lyric videoHERE. “Done For Me,” which sees Puth being joined by GRAMMY® nominated R&B sensation and Atlantic labelmate Kehlani, is the current single from Puth’s highly-anticipated sophomore album, Voicenotes, which is set to arrive on May 11th and is available now for pre-order HERE.