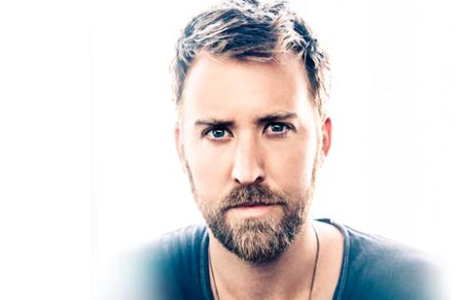 Props to Charles Kelley, who has branched out from his GRAMMY award winning band- Lady Antebellum. A lot of hard core fans of course know Kelley’s name, but for most, they know him as “the tall guy from Lady Antebellum.” The trio has decided to spend time doing things they love, while pressing pause on the group for awhile.

Happy New Year! #fbf to NYE celebrations past. We're looking forward to what 2016 will bring! pic.twitter.com/c7dOh7ueio

In music, this is often scary, as all too often we find bands deciding they want to stay on a permanent break. I’m not worried about the future of Lady Antebellum, I have faith they will remain a trio. It’s kind of like a marriage. Sometimes our spouse has to start a new venture and we support that and even though we might be use to doing everything together, we find ourselves invested in new passions as well.

Kelley’s band members, Hillary Scott is working on a Gospel album with her ever talented family which is being produced by Ricky Skaggs!

Dave Haywood has been working more as a producer and is working with a group called Post Monroe.

Having a blast with these amazingly talented girls! Stay tuned…..-dave #Repost @postmonroeband ・・・ Doesn’t get better than these guys. Working hard on new music with some of the very best! #recording #nashville #country #music #comingsoon

Sometimes, the best way to be a family is to let your members discover their talents and passions. When you regroup, you find yourselves recharged with even more creativity than you had before the venture.

Although Kelley has had tremendous success with Lady Antebellum, he has been experiencing humbling times outside of the group’s fame. Kelley has previously stated that he wanted to get back to the root of performing and connecting with fans. Lady Antebellum plays stadiums and arenas with how successful they are, but Kelley has the opportunity to go back and play smaller venues where everyone doesn’t know all the words to the songs.

Kelley’s solo album The Driver is one where he took a different avenue than he has been able to with Lady Antebellum. He’s able to get his message across with just his voice, almost as if instead of singing to someone else, he’s speaking directly to his audience.

#TBT to making #TheDriver. What an amazing experience this has already been, can't believe it's in stores tomorrow! pic.twitter.com/oZ3EXOzfHx

There are some collaborations on the record, his debut single “The Driver” has Dierks Bentley and Eric Paslay, while he enlists the help of Stevie Nicks on “Southern Accents” and Miranda Lambert on “I Wish You Were Here.”

There are a lot of songs on the album Kelley has been wanting to cut for a long time, but they just didn’t seem to fit with Lady Antebellum for one reason or another.

“Your Love” was the first song cut for the album and shows the grittier side of Kelley’s voice. It’s a song Kelley said he’s been wanting to cut for a long time but it never really worked out, which is ironic because it’s definitely one I can picture Lady Antebellum performing.

“The Driver” has a special meaning to every touring artist, and to Kelley who also named his album after it. It’s about all of the hard work that goes into every day of being on the road. For everyone involved, the bus drivers, the crew, the artists. It’s a long and hard process that goes into every single show, all the hours on the road and away from friends and family, yet it’s so worth it for the fans that come and prove just what an impact music has.

“Dancing Around It” is Kelley’s favorite song on the album. It tells the familiar story of friends becoming more than friends.

“Southern Accents” is a cover of Tom Petty and features Stevie Nicks. It’s reminiscent of how everything in life, and all the positive memories were done in a Southern Accent. Overall message, stay true to yourself, even when others make fun of the way you look or talk.

“Lonely Girl” is actually co-written with GRAMMY nominee Chris Stapleton who also has a part in the background vocals of the song. It’s the most upbeat song on the album and brings about a sense of happiness and warmth while listening to it. It will definitely be a crowd pleaser.

“The Only One Who Gets Me” is a very special song because it’s written about Kelley’s wife who is pregnant with the couple’s first child due this month! It’s nice to have that one person who understands you like no one else does, who puts up with things no one else would. It’s a beautiful love song.

“Round In Circles” was written with Kelley’s brother and artist – Josh Kelley.

“I Wish You Were Here” features Miranda Lambert who really brings out that feminine voice we are use to hearing in Lady Antebellum. It’s a reminiscent song of being far away from those you love, something a frequent traveler (and artist) relate to. It’s a beautiful duet that most anyone can relate to if they have ever experienced missing someone, losing someone and or just wanting the ones they love around.

“Leaving Nashville” is about the ups and downs of the songwriter. There comes attention with great success, and then sometimes you can be forgotten when there is no follow up success for awhile. Kelley said he relates to the song as most singer/songwriters do. It’s addictive, it’s your dream, it’s not something you want to give up, no matter how much you are struggling. It’s a beautiful slow downed song that really helps you appreciate the efforts of everyone involved in the efforts of songwriting. Not every artist writes their own songs and not every songwriter performs. They need each other.

In case you were wondering how his bandmates feel about his solo project, they are just as supportive as ever.

So proud and excited for our brother, @charleskelleyla, and his new music. – Dave and Hills https://t.co/jaQlN5K5Vd pic.twitter.com/QpvottQkn9