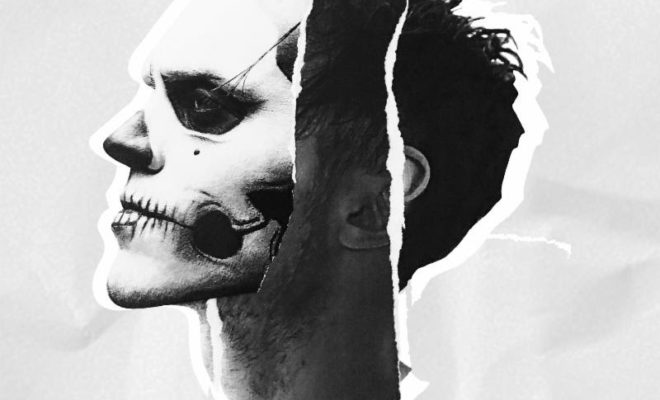 Sometimes, an artist is a completely underrated blessing, and that has been the case with Bohnes – the new project from ex- The Cab lead singer Alex Deleon. Debuting his full album at a swanky little bar/restaurant/theater in LA last night, Alex took some time to chat with fans and friends old and new about his journey to releasing the incredible album that is 206 ACT I.
It may be the fact that his lyricism and ability to turn a phrase has always been one of the trademarks of his career, or it could be that this project showcases the dark shadows he was always capable of showing, but Bohnes somehow feels more like Deleon than the Cab ever did. With it’s sultry undertones and inspiration of everything from folk to R’n’B, pop to country Bohnes hit all his bases, all his successes and highlighted the things that The Cab never did.
For fans and friends, last night felt more like a high school reunion, old friends getting the chance to say hello after years of just missing each other, and once again being able to marvel at the pure talent that is Deleon’s voice, psyche and kindness. Drummer Dave Briggs also in attendance brought a homey feel to all of those old school The Cab fans who have been looking forward to this moment for the majority of a decade.
Six years is a long time to disappear from your fans, but as last night showed, Bohnes’ fans are no less dedicated than they were when he was spear-heading The Cab, and as it stands now, they seem to only be accumulating. It’s not an easy feat to have, but with Deleon’s pure raw talent and dedication to his craft, it’s no wonder his fans and friends excitedly returned.
Premiering his video “Better Than Me”, Deleon took questions from the crowd, promised no more six year breaks, and gave us real insight to this new process of writing his album… however we’ll keep our secrets so that those New Yorkers don’t get too many spoilers.
All in all, Bohnes’ album premiere party was the perfect blend of good new music, artistic integrity, good friends, passionate fans and an even more deserving artist. (Oh and of course, free tattoos.)
Keep an ear out for Bohnes’ 206 ACT I out everywhere March 30, 2018.
Related ItemsBohnes
Shelby Chargin
← Previous Story EXCLUSIVE PREMIERE: Jake Wesley Rogers Debuts “Sanctuary” Music Video
Next Story → Melii Reveals ‘Icey’ Single and Music Video