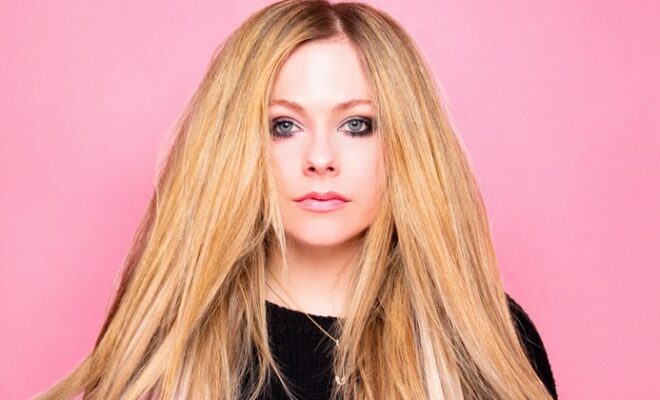 When pop-punk princess Avril Lavigne teams up with Blink-182 drummer Travis Barker, that can only mean one thing: we are bound to get some GOOD music!

Avril Lavigne is back, she’s ready to “f–k s–t up,” and she’s got the best company to do so!

In an Instagram post released on Wednesday (November 3), the Canadian superstar revealed that she had just signed a new major record deal with Travis Barker‘s label, DTA Records. The deal marks a new chapter for the singer, who had released her 2018 comeback record Head Above Water with BMG.

“Just signed a record contract to Travis Barker’s record label DTA Records!” Lavigne captioned the post, which features a series of photos of her and Barker signing the paperwork, spraying each other with champagne, and smashing cakes in each other’s faces. “Should I drop my first single next week ?”

The 37-year-old artist took no time to tease new music, announcing in a later tweet that she and Barker would be performing her first single on The Late Late Show With James Corden this Wednesday, November 10th!

Lavigne’s record deal with Barker comes after the pair spent the year collaborating on different projects, such as several songs for the likes of Willow Smith and ModSun. Just last week, Lavigne also performed at Barker’s House Of Horrors concert.

The multiplatinum artist is set to go on tour in Europe in early 2022, and fans have already taken all over social media to comment how excited they were to hear the singer’s new music live.