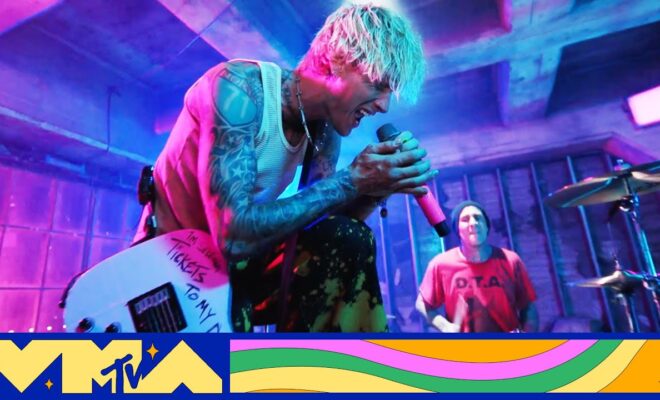 Machine Gun Kelly, Travis Barker, and blackbear gave an epic performance at the 2020 VMAs. The trio took the stage during the pre-show to perform “Bloody Valentine.”

Prior to their performance, Machine Gun Kelly won the iconic MTV Moonman Video Music Award for Best Alternative category for “Bloody Valentine.” They gave him the trophy during the pre-show. MGK joked that he would spray paint it pink and also put it in his coffee shop in Cleveland.