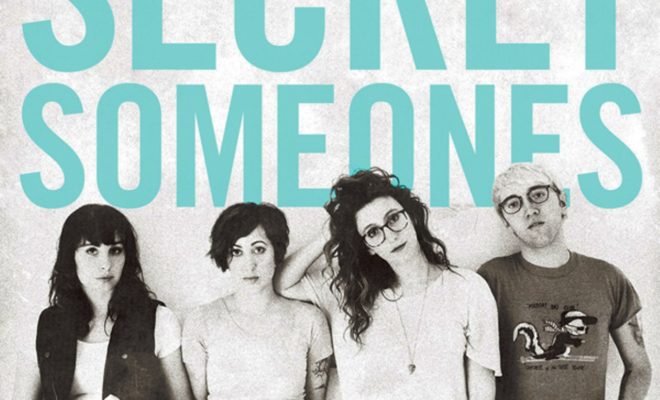 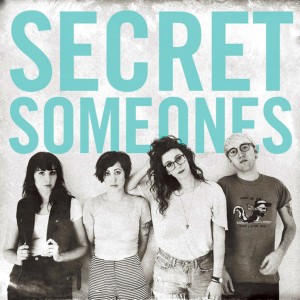 Pop/alt band, Secret Someones, recently released their debut self-titled album. The album boasts 10 tracks, as well as 6 acoustic versions of some of those songs. Hailing from NYC, the group is composed of Bess Rogers, Leila Broussard, Hannah Winkler, and Zach Jones. The band released a 4 track EP in 2014, titled I Won’t Follow, featuring a few songs that are included on this debut album.

Secret Someones combines beautiful vocals with catchy pop riffs that have you nodding your head along to the beat, from the first track, “I Won’t Follow.” The whole album definitely gives off a 90’s pop vibe, which is especially apparent in the 5th track, “Headfirst.”

Some standout songs for me, were “Hey Hey Honey” and “Only One I Want.” “Hey Hey Honey” starts off with a very funky instrumentation, reminiscent of Motion City Soundtrack (think Ingrid Michaelson providing guest vocals for a cover of “Future Freaks Me Out”). A funky beat and extremely relatable lyrics make this, well, music to my ears! “Only One I Want” provides that same funky sound, but this time, the vocals are bordering on Demi Lovato’s Don’t Forget days. This track definitely adds a little bit of an edgy, rock vibe to Secret Someones. The album closes with a strong, soft song, “Chase Your Shadow.” It definitely transports me to the encore of a live show.

The band will be heading out on tour to open for Marianas Trench next month! See if they’ll be coming to your town! Check out the dates here!

Secret Someones is available to stream on Spotify and for purchase on iTunes.