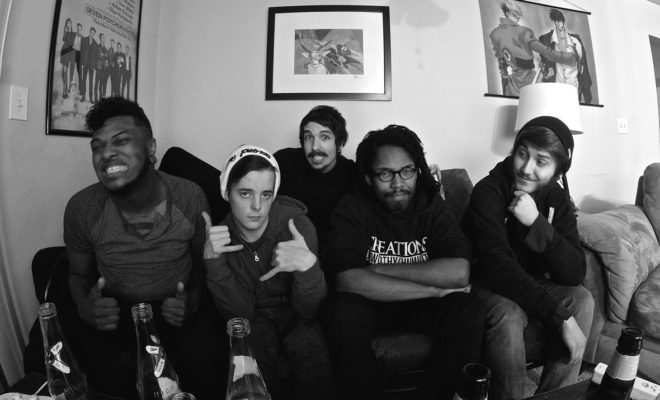 Newly signed post-hardcore rockers Greaver released their debut album, “The Faun” on April 29 on Cardigan Records. The Durham, NC, quintet recorded their album with Al Jacob (A Skylit Drive, He Is Legend) and had it mastered by Jamie King (Between the Buried and Me, The Contortionist). Greaver’s debut is a powerful, hard-hitting record that breathes new life into the genre.

The album opens with the ominous “Last Breath,” a drawn-out intro track that, under most circumstances, I wouldn’t want to last more than 45 seconds. However, the track hovers just under 4 minutes and is actually an amazing build-up to the album’s single, “A Poisoned Well.” The single is a showcase of Greaver’s genre-bending sound that refuses to pigeonhole itself into one of the many sub-genres of the rock/alternative/metal community. The track swings from brutal vocals and beating instrumentation to soft moments of repose.

“November Skin” is another notable track from the record, echoing the band’s theme of dealing with grief and loss. It is a beautiful example of the band’s talent, as well as a track that could be ringing in sold out venues nationwide. “Grief Seeds,” is another great track—a beatdown-esque song that almost makes you forget how serious some of the album’s themes are.

All in all, Greaver has made a great impression on their genre with “The Faun,” which is out now via Cardigan Records. They’ll be heading out to tour the East in June; you can find more information on their Facebook page and their Bandcamp.