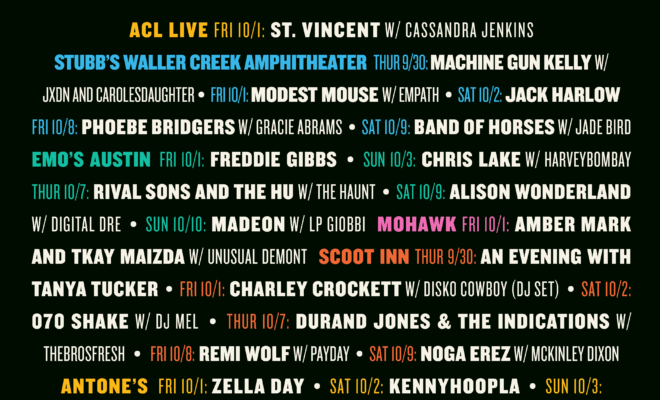 The Austin City Limits Music Festival is returning to Zilker Park on October 1-3 and October 8-10, and has just announced their ACL Night Shows!

What happens once fans are done watching headliners like Miley Cyrus, Chance the rapper, Billie Ellish, and George Strait?!?

Austin City Limits just announced its Late night shows lineups. Over 15+ shows to take place on both weekends of ACL at venues around Austin.

Want to see a preview of how amazing ACL late-night shows are?

In 2019 we caught Pink Sweat$ late-night show check out our review here.

You don’t want to miss any of the Late night shows, you never what might happen or who might pop up. The first of ACL late-night shows start Thursday, September 30.

Tickets for the shows go on sale beginning at 10 am Friday, August 27th. C3 concert e-list subscribers get early access to pre-sale tickets Thursday, August 26 at 10 am. You can join their e-mail list here.