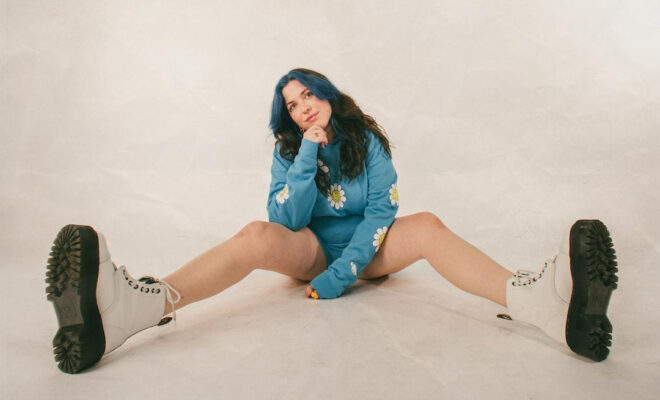 The Story Behind ‘Pebbles’ By L E A

L E A‘s new single “Pebbles” is nothing short of alt-pop perfection. The songstress shared her creative process with Stage Right Secrets in our latest The Story Behind feature.

Stage Right Secrets | How did the initial concept for “Pebbles” come about?

L E A | I was doing a writing prompt and had to come up with a concept. I had only written the verses initially and wanted the lyrics to be sweet and patient. At least that’s where it started. But then I realized that is the farthest thing from who I am and dove headfirst into the chorus with a big JK I’m bustin’ down your door!

How did it progress into what it is today?

This song went on a wild ride. It started with acoustic guitar, then I went to map out the demo myself and it had a very boisterous energy about it, and finally, I had the pleasure of working on the final version with Joe Pepe, who leveled it out and gave it an alt pop-rock kinda feel.

How did you decide on the song title?

When it comes to song titles, I like them to be pretty to-the-point and clear. “Pebbles” or “Throwing Pebbles” made the most sense. I settled with “Pebbles” because it sounds kind of cute, but also could get rowdy if you picked one up and chucked it at someone.

Was there a hardest lyric to write or any major revisions?

“Rather chase the storm than cause a hurricane” – when I write, I tend to literally just write and not explain what or why I’m doing it. That’s what kinda happened with this lyric, but once I figured it out, I kept it. I much rather chase the drama of a passing storm instead of causing a catastrophic explosion myself, haha.

Have you envisioned what a visual would look like for this?

Well, I am releasing a music visual for my upcoming EP, Jersey Boy, where I jam out and tell the story face to face with my lyrics! But as far as a music video, it would be really cool to have footage of me throwing different-sized rocks at someone’s house. Super unrealistic and somewhat comical.