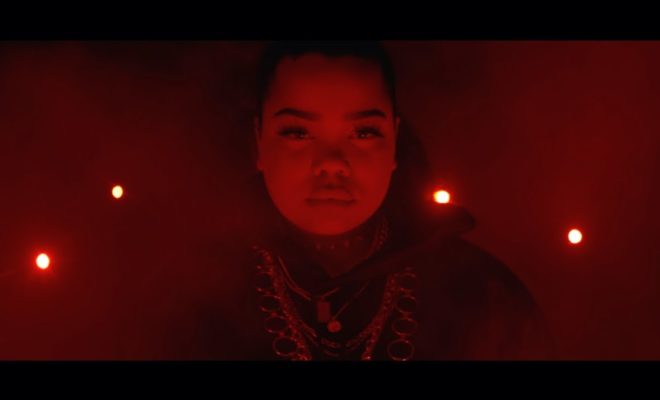 Stage Right Secrets spoke with Zoe Wees to chat all about her new single, life in quarantine, and what’s to come. Read our exclusive Q&A, below.

“Control” is absolutely breathtaking, where were you and how did you come up with
the idea for the personal song?
Thanks so much! It was clear to me from the start that my first single had to be about something
very personal. During my childhood, I’ve suffered from Rolando epilepsy. That was the hardest time
of my life. And I’ve never really had the opportunity to process my past, so I started to write a
song about it. I dedicate this song to my primary school teacher who was always there for me at
the time, she never let me down and she just has a huge heart. It’s a great relief for me that the
song has now been released and I can tell this story through my music.

The video is just as stunning, what went into filming it?
The “Control” video has become a very dark one. That was my idea from the beginning because I
wanted to represent my emotional world. During my epilepsy, the world was blurry, dark, and
scary for me. I had to deal with many fears. On the other hand, it helped me to become an even
stronger woman. That should also be shown in the video. It was important to me that it shows my
fragile but also my strong side. And I’m very happy with how the video director and his team
helped me to capture this.

Taking it back, what record or songs made you fall in love with music?
One of the first songs I fell in love with was “Who you are“ by Jessie J. It meant a lot to me. I was
able to identify very well with the lyrics. “It’s ok, not to be ok“ is still one of the most memorable
quotes for me.

What do you listen to or do when you’re blocked creatively?
When I get stuck I start playing guitar and start humming to it. At some point, an idea will come
up. It only frustrates me when I have a very specific idea, but it’s too difficult to actually play it.
Then I practice until it works. Never give up.

What drew you to songwriting?
For me, it was always important to write own songs as a singer. It’s the best feeling when you are
able to write your own music and to express yourself through your songs. I was so inspired by one
of my co-writers Emma Rosen. She’s a singer (VVAVES) and songwriter and I’m so thankful that I
got the chance to get to know her.

How did signing with Caroline come about?
When I signed with Valeria Music, they already had their partnership with Caroline in place. It
quickly became clear that this was working out very well for them and now for me as well and we
all are very happy about it. It starts to feel like a big family now with so many people believing in
me and my music.

What is the music scene like for you in Hamburg?
I think there’s quite a lot going on in Hamburg but I’m not really part of the local scene I guess.
Most of my friends and the musicians I know are not from Hamburg or not even from Germany.
Nevertheless, it’s a great place to be creative and I have most of my team here which is perfect at
the moment. Now I get to know more and more songwriters from all over Europe or the US. That’s
exciting because I’m much more into music from the US or the UK. Hamburg will always be my
home and a great place to be, but I want to see the whole world and meet new people everywhere.

You have shows scheduled this fall, how do you go about creating a setlist?
Unfortunately, the shows for this year got canceled. And I haven’t played that many shows in my
life, but it’s always exciting for me to create a good setlist. For me, it’s important that the set has a
good flow. There must be tension, variety and quiet and loud moments. When I can finally perform
with a band, a lot will change again but I’m really looking forward to that.

Since most of the world is or was in quarantine, what did you do to pass the time?
I wrote a lot of songs during quarantine. I’m also learning to play the guitar. My life is full of music,
now more than ever. I also spend a lot of time texting with my fans on social media. I get so many
nice messages that it sometimes takes me hours to write back.

Did you find it easier or harder to be creative?
Both. Being creative was easy because being alone inspired me to write even more songs and gave
me the change to think about myself a lot. But at the same time I missed working in the studio
which is also important for developing my ideas to another level, together with my producers.

What else can fans expect from you this year?
I don’t want to reveal too much but there will be more music coming out for sure. Some more
versions of “Control”, a second single later this year and also some surprises. Stay tuned.