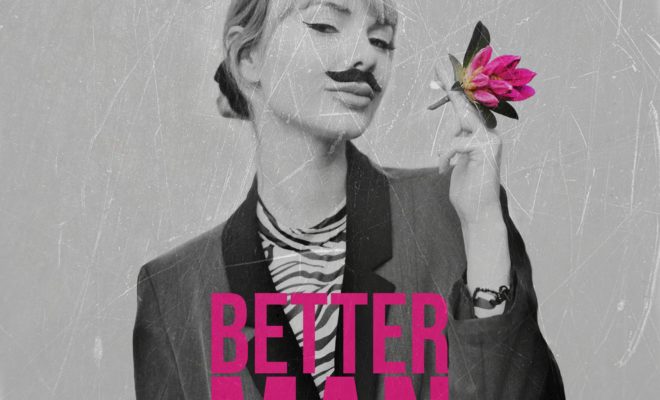 Stage Right Secrets spoke with Kandle to discuss “Better Man,” upcoming album, and what’s next. Read our exclusive Q&A, below.

What is the story behind your latest single, “Better Man”?
Short answer, manipulation. I signed away my freedom. I wasn’t allowed to perform or
release music or do anything, consequently, my career was put on hold for years. I was
taken in the prime of my career and was stopped — my music was lost. Four years later,
I started my battle for freedom.

While fighting for my freedom, I was living out of a suitcase. I ended up couch surfing,
playing wherever I could and recording with very talented friends all over the world.
One day, after playing SXSW, I ended up in Nashville with Louise Burns, a longtime
collaborator/bandmate, and we pulled together a supergroup of friends( Liam O’Neil,
Ben Simonetti, Julian Dorio, Joe Pisapia). Better Man is the result.

This upcoming fourth album was made a bit differently than your past.
What was your process like?
Yeah , well there are actually two albums hhaha. The upcoming EP I’m releasing July
31st was made in London, Nashville, Vancouver, Montreal, Toronto, and in my parents’
basement in Victoria — all with no money, no place to live, but with the support of some
of the best musicians and producers in the industry. These people let me crash in their
homes and made music with me, I had nothing to offer and against all odds, I kept
going. Without their support, I may have given up for good.

After the EP is released, I’ll release the full album I made in Vancouver during the
COVID-19 lockdown. When I went into the studio (march 2nd), everything was normal.
But it became really serious very quickly. As the days went by, recording music wasn’t
enough to keep talk of the pandemic from seeping into every conversation. By the
second week, there were just four of us left, and we self-isolated together, referring to
ourselves as the QuaranTeam. The studio owner offered to bring us a mattress and told
us to stay there. We locked ourselves in until the album was finished. To be honest, I
loved every minute of it.

This new era for you is all about empowerment. What makes you feel
empowered and your best?
Having total creative control and freedom to run my business the way I want to. No
more lies, no more corruption, no more sexism. I struggle with the workload for sure,
and with finding the money to keep going and do all the things a label would do! Having
said that, I feel so much happier and powerful since I’ve stopped being a puppet and
trying to do whatever I’m told I should. I only follow my own instincts now and if I make
a mistake, it will be my own and I will learn from it

You yourself have had quite the ride of a career so far in the industry. What
advice would you give to someone who wanted to be a singer-songwriter?
My advice would be to always listen to your gut. This industry is filled with people that
will tell you you’re the next big thing, offer you your dreams and tell you exactly what
you want to hear. Actions speak louder than words. Don’t sign a deal out of a
desperation for money or feeling inadequate as an independent. Enter every business
relationship like a marriage. Is this someone you truly know and trust? Be patient and
take you time making big decisions.

What do you wish the public knew more about the music industry?

People seem to think that once you sign a record deal you have it made. Money and
success guaranteed! That is NOT the case. Labels can provide you with a recording
budget, good marketing and exciting opportunities which they pay for upfront and
recoup from you later, also taking a portion or all of your publishing. If they decide you
aren’t worth it anymore, you remain trapped and at the mercy of their decisions. Artists
sign away ownership of their music for this opportunity. Most labels ask for 3 albums, a
world-wide deal, and don’t pay you until every penny they put in has been recouped.
Once recouped (album expenditures paid back), the artist still doesn’t own their music.
What other business could get away with this?

Are there any ways you have found growing up in Canada shaped your
music?
I’m sure it has! I was lucky enough to be raised surrounded by incredible Canadian
artists in an environment that always felt accepting and inspiring. I don’t think I would
have ever had the courage to begin this journey had I not been encouraged and
supported by so many awesome Canadian musicians.

What do you think the future of live music will look like?
I’m hopeful that we’ll be able to assemble in the not-so-far-off future. In the last few
days, I’ve seen positive news about multiple vaccines moving into their second stage
trials. Hopefully musicians, crews, industry people and live venues can hold on until
then. I’m trying to stay hopeful, the world needs music to heal!