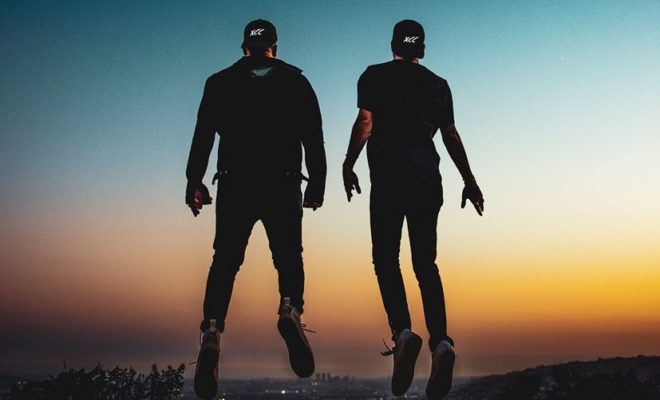 
Xuitcasecity just released a brand new music video for their hit single “Goodbye,” which was featured on Spotify’s New Music Friday playlist upon the release of their successful sophomore EP ‘Cxty Nights’.

While Xuitcasecity’s recent music video for their single “The Chase” shows off their comedic nature, their new music video for “Goodbye” takes a darker turn. Laced with flashy lights and flashbacks, the “Goodbye” music video includes visuals that are quite literally reflective of the pain and delusions caused by a relationship that goes up in flames. While the single has a catchy hook and upbeat melody, the music video focuses on the downhearted lyrics, artistically adding somber subtitles to further the emotionally cold narrative as captured on camera.

The young HipHop/Pop duo recently released their EP ‘Cxty Nights’ which immediately begancharting across Spotify playlists worldwide – with their singles “Goodbye” and “Lead Me On” featured on Spotify’s New Music Friday playlist. The diverse pair has been breaking boundaries as a biracial duo that has crafted their own unique music genre, and along the way have racked up 1.7+ Million Monthly Spotify Listeners, graced the Billboard and Spotify charts, performed Mainstage at Electric Zoo 2018, and toured/collaborated with a multitude of artists such as Zedd, Codeko and Cheat Codes.

With their hit single and music video for “Goodbye,” it’s time we say hello to Xuitcasecity as new artists quickly rising to the top.