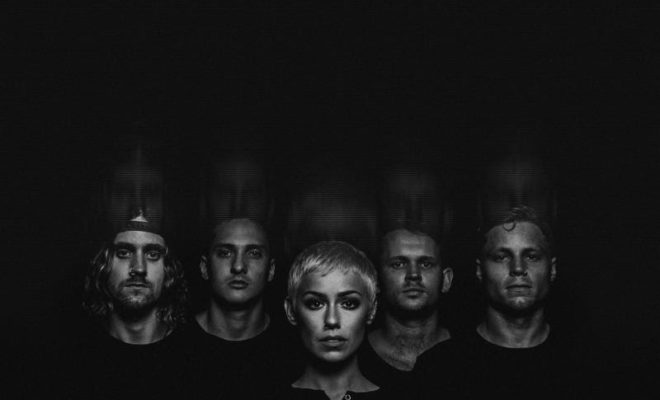 Tonight Alive has has quite the busy day with announcing their new label and releasing their lyric video for their latest single, “World Away”. Additionally, the band has signed to UNFD in Australia and New Zealand.

On the new track, vocalist Jenna McDougall says “‘World Away’ is a continuation of our quest for self understanding and empowerment, but this time through developing a personal relationship with darkness. In a society that conditions us to suppress and shy away from confronting emotions, we wrote an invitation in World Away to shake hands with what scares us most and begin recognizing the opportunity for growth in struggle. Produced by Dave Petrovic (The Other Side, The Edge) we are sharing World Away with our fans as the introduction to the sound of the next chapter of Tonight Alive.” The band will record their new album this summer.

On signing Tonight Alive, Hopeless Records’ EVP Business Development and A&R, Eric Tobin, says “We are excited to have Tonight Alive join the family! We have been fans for a long time and look forward to working with them.”