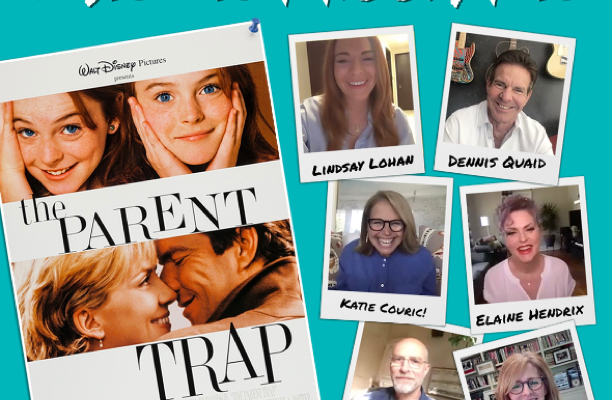 The Parent Trap Reunion on Dennissance

The cast of the iconic Disney movie The Parent Trap reunited on the latest episode of The Dennissance. Dennis Quaid was joined by Lindsay Lohan, Elaine Hendrix, Lisa Ann Walter, Nancy Meyers, and mega-fan Katie Couric, to chat about the 22nd Anniversary of The Parent Trap.

The reunion will take fans down memory lane, as the cast members reminisce on all the special moments from being casted, to shooting in Lake Arrowhead, and to the nationwide love felt and shown towards the movie. Quaid mentions how proud he still is to be a part of this film, and Hendrix notes that she is still recognized for her role out in public to this day. Lohan discusses the process she went through to play the identical twins, and how this was the role of a lifetime for her. She’s grateful to be a part of this film and is thankful for the relationships it brought her, as it was her first big feature film.

Listen to the episode HERE.