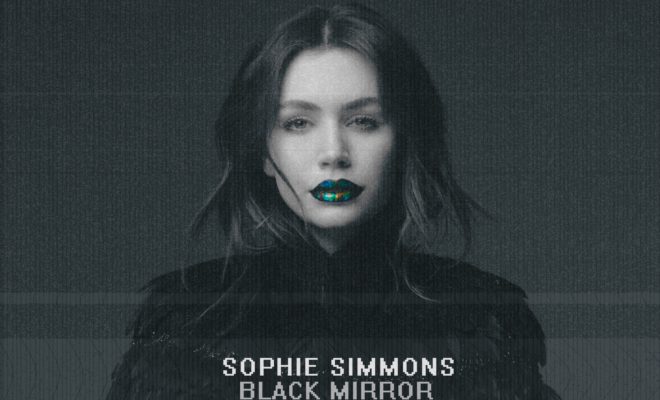 Sophie Simmons continues to make a name for herself. The daughter of Gene Simmons (can you say LEGEND?) released her debut single “Black Mirror” and a darn awesome music video to go along with it.

We recently spoke to Sophie and she stated, “The song is about love, self-sabotage and our attachment to technology. I got the idea from watching one of my favorite shows “Black Mirror” during a hard time in a relationship. Black Mirror most literally meaning when a screen is off and it shows a reflection of yourself back like a mirror. I was alone at home and waiting for my phone to light up and I was out of episodes to watch. I felt super alone but at the same time I had never been so attracted to the person I was waiting for. I guess in a weird way I liked being ignored because it made me want that person and I became addicted to when my phone would go off. It’s such a sad reality how connected we are to people through screens, and maybe not even people… just screens. My song “Black Mirror” is a reflection of that.”.

And to think, this is only the beginning. Sophie expects to have more original music released soon, as well as continuing to write for other artists.