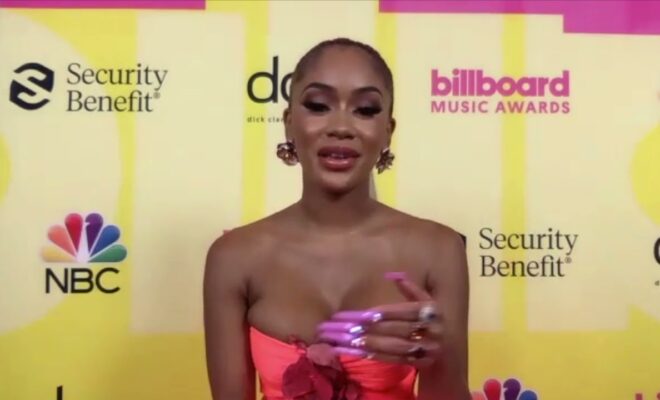 Saweetie is gearing up for the 2021 Billboard Music Awards.

This year, she is nominated for Top Rap Female. This marks her first award at the BBMAs.

“I was really surprised actually it was great news,” she recalled. At first, Saweetie didn’t believe that she was actually nominated.  “I was just really excited. I didn’t believe it I was like, ‘Who made this up?’ And then I went to the website and I was like, ‘This is real!'”

Along with Saweetie, Megan Thee Stallion and Cardi B are also nominated in the category. She said that she feels “like it’s a great competition.”

“I like this great company and great competition,” she added. “And I’m rooting for both ladies. I feel like they both put out great music so I’m just surrounded by two talented female artists. And I’m just excited that I’m the third one.”