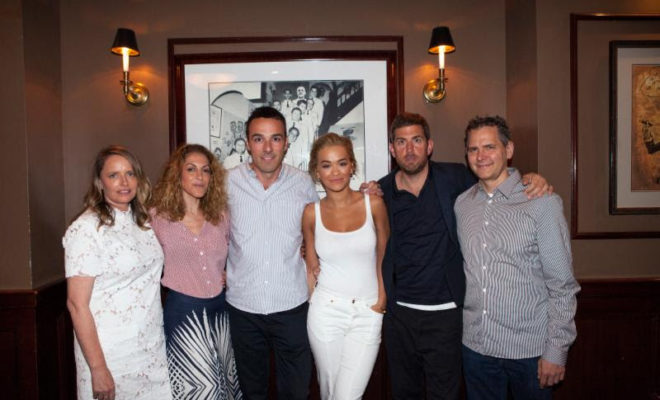 Multiplatinum recording artist Rita Ora just signed a worldwide recording contract with Atlantic Records UK. She has seen huge successes from her previous album and smash hit singles around the world, and is planning to return to the studio later this year to work on new material.

Rita Ora commented on the signing saying, “Music is my first love and I am looking forward to getting my new songs released. I’m thankful to my new Atlantic Records family for all their support and encouragement. The next chapter is going to be incredible.”

The president of Atlantic Records UK, Ben Cook, said “Rita is a rare talent and a true global star. First and foremost she’s a great singer who’s hugely passionate about music and I’m delighted to welcome her to Atlantic Records. We look forward to getting in the studio with her and making an incredible album.”

Sarah Stennett, CEO of First Access Entertainment commented saying, “I have worked with Rita since she was 17.  She has always been a great entertainer with an electric personality; singing is at the heart of everything she does. I am thrilled that Rita has Atlantic Records as her global record label in this next phase of her career.”

With her dedicated fan following and this new partnership with Atlantic Records, Rita is poised for a new era of chart success. Congrats on the signing Rita and we can’t wait to hear your new music!