The GRAMMY nominations were announced this week and we couldn’t be more thrilled that our girl Taylor Swift was the most nominated female with 7 nominations! Her chart-topping album 1989 has been shelling out #1 singles left and right. Although the album was released in 2014, it wasn’t eligible for the 2015 GRAMMYs. The good news is that it had an entire year to show the world just how big and unstoppable Swift is.

Here’s what we think should go down. Obviously Swift should win all the categories, I mean who doesn’t own a copy of 1989?! Swift is up against her collaboration partner Kendrick Lamar in several categories. Lamar is also the most nominated male artist with 11 nominations. What a power duo!

Although it is probably unlikely Swift will win all the categories, we think she’s a definite shoo-in for Record of the Year with “Blank Space.” She also has a really strong chance for Song of the Year.

Lamar is also nominated for Best Music Video apart from his nomination with Swift’s “Bad Blood.” We think “Bad Blood” should walk a way with the win and that way they both win! Seem pretty likely, given the success of the video and how it set the Vevo record within the eligibility time frame!

There’s a good chance Swift and Lamar could also walk away with the Best Pop Duo/Group Performance for “Bad Blood.” 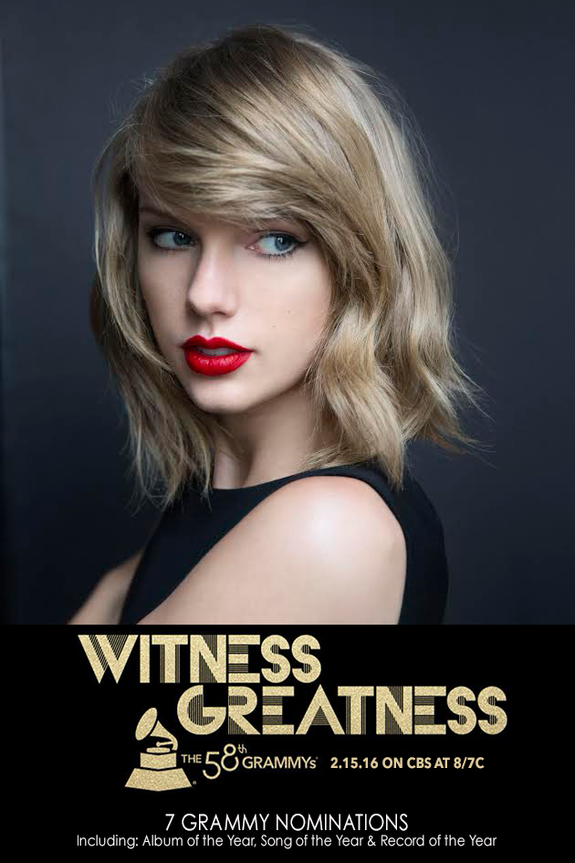 Swift has been nominated for Album of the Year three times now and has won once with Fearless. She is the youngest person to ever win this award. In total, she has won seven GRAMMYs throughout her career. The anticipation is killing me! Tune in to find out who will take home the night’s biggest honors!