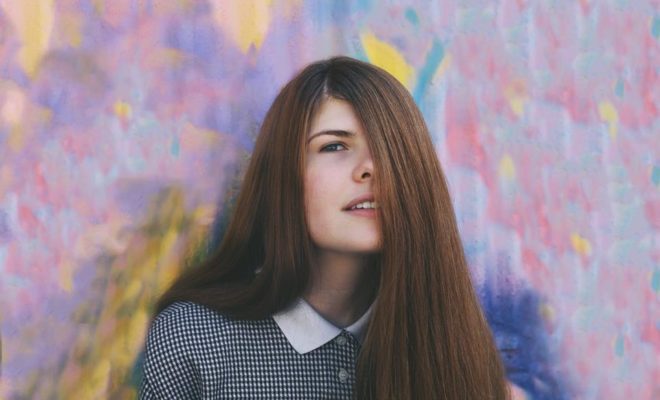 Our Exclusive Interview with Catie Turner

We recently spoke with Catie Turner about her new single, “Prom Queen,” and life after Idol. Here’s what the 19-year-old rising singer/songwriter had to say!

What inspired you to write “Prom Queen?”

High school sucks. For everyone – mostly. I think you’re a rare breed of person, some may say rarer than a unicorn if you peaked in your teenage years. I was completely invisible to the world those four years; the term wallflower would be an injustice because that means someone would have had to notice me being alone at a party to give me that title. I wrote “Prom Queen” to commemorate those years.

Do you have any advice for young people listening to “Prom Queen” who may be struggling with the same feelings?

It is the most cliché advice – the kind your mother gives while cutting an onion, or something – but it’s true: it gets better. You will find your tribe who see you for the Queen that is inside all of us.

The lyrics of “Prom Queen” are extremely personal. Were you nervous to release it to the world?

Extremely. I’m known for my positive persona; that is how I was introduced to the world after all. Fresh-faced and fun. To come out with something as pessimistic and somber as “Prom Queen” had a lot of questions running through my brain. Would people like it? Would it isolate fans away from me? And I know these feelings are completely normal and valid, but will these feelings make people think lesser of me as a person?

Is it comforting seeing the positive reaction to the song and how many people have connected to the lyrics?

It makes all those fears of mine I listed in the previous answer melt away. The risk of putting it out there was worth it; I am so thankful I did it.

You were recently featured in Time’s “5 Songs You Need to Listen to This Week” alongside stars like Solange and the Jonas Brothers. How did it feel seeing your song in this list?

Many tears were shed, and so much Thai food was devoured. But in all seriousness – it was surreal! I had my boyfriend on the phone as I found out, and his eardrums have never recovered.

What was your reaction to hitting 1 million streams of “21st Century Machine?”

Shock. Gratitude. Wondering how in the hell I convinced people to listen to this song without bribery.

With “21st Century Machine” being such a great hit, were you nervous about “Prom Queen” living up to it?

“21st Century Machine” had months of promotion from American Idol and a couple more months of circulating the Internet and going viral on multiple platforms. With all that exposure, I definitely felt the pressure releasing my second song. I’m a realist and knew to go into it that it wouldn’t top the Billboard 200 and overtake Solange for the number one slot on the charts. That’s why it was important to me that I put out a song that was important to me; whether or not it got awards, I believed in it. That’s all that matters.

You’ve spoken out about shedding light on mental health and eating disorders. Why is it important to you to use your platform to talk about these issues?

We all battle demons – and it can be the most isolating feeling in the world. I still battle my own and I have the unique situation of having affectionate words thrown at me whenever I so much as tweet. No matter how big you get in your career, you cannot run from mental illness; no amount of retweets or likes on an Instagram post will reward you with the cure. It’s a daily battle.  I want to be as transparent as I can with my audience. I want to build that relationship and let them know that it is OKAY to talk about it and to be open. I want to fight the stigma that labels mental illness as a dirty word or a taboo topic.

One thing your fans really love about you is the way you have stayed true to who are even when, I’m sure, it can’t always be easy to do when you’re in the spotlight. Is there anything you would say to people struggling to find themselves amongst societal expectations?

Life really is too short to pretend to be someone that you aren’t. There is only one you. There can only be one of you. Don’t rob the world of knowing the great person that you are by trying to squeeze into a box that you don’t belong in.

As a self care queen, what is your favorite way to take care of yourself when you may not be feeling like the prom queen that you are?

Pizza. Or Chinese food. Shower. One Direction. But pizza and Chinese food are crucial. They are the epitome of self-care food. I will not have it any other way.

This time last year we were just meeting you on American Idol. How does it feel looking back on yourself as you were just a year ago?

I get really annoyed with myself. JUST KIDDING (only kind of). But really, it is amazing and surreal to see how much I’ve grown in such a short time span. I mean, the same year I auditioned for American Idol I begged my mom to pick me up from sleep-away camp because I couldn’t be alone from home for more than three days. Now I can easily be away for weeks at a time, do my own laundry, BUY MY OWN GROCERIES, and convince myself I’m an adult because I can buy ice cream at midnight and nobody can tell me different.

What advice do you have for this year’s contestants as well as those who may not have made it past auditions?

To the contestants that made it: Don’t read the comments. My god, do not read those comments. Be kind to yourself. And do NOT compare yourself to anyone. Your talents got you this far – trust your ability and yourself. Kick some ass. To the contestants who didn’t make it: Keep trying. I tried out for American Idol three times before I got in front of those judges. My online audition was rejected – for the same season I was on! Keep that love and thirst for music alive. Your time will come.

You’ve accomplished so much in the last year, what are you hoping to have achieved by this time next year?

Grammy. Mansion. Leonardo Dicaprio Hollywood Parties. But if that’s a little too much, I think I am hoping to achieve happiness, health, some good tunes being put out into the world, and to finally have a conversation with Harry Styles. I had awkward eye contact with him, so we are getting closer!

You can purchase “Prom Queen” today!