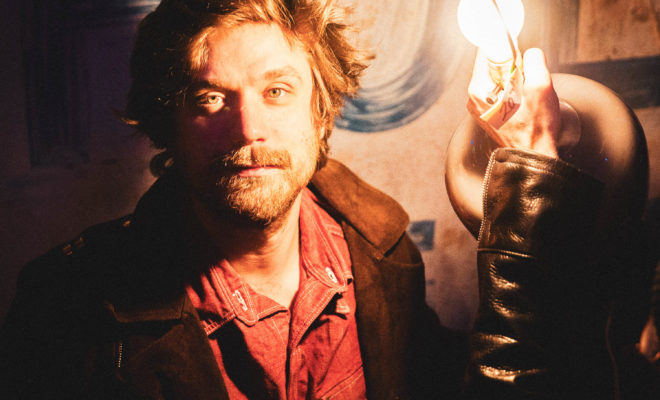 With over 300 songs written and recorded, album of the year credits, and multiple continent-spanning tours, Eamon McGrath has developed a body of work that could rival that of any artist 15 years his senior. This is the house that punk rock built: a fierce DIY attitude and constantly-changing style has guided McGrath across the globe on countless tours, stories from which have been cultivated in innumerable journal entries and song lyrics. He is based in Toronto, Ontario.

“It was autumn of 2017, and I had just finished recording “Tantramar”. I had found out I’d received some arts funding to make the follow-up, which came as a total surprise: “Tantramar” had emerged after a long period of what some might call writer’s block, a definite lull in creativity and artistic opportunity. I was without a label for a long time, out on my own, touring non-stop but feeling like nothing was amounting to anything, and anything artistic felt like a total uphill battle. I was suffering from panic attacks and was deep in the clutches of a what seemed like an endless alcoholic binge.

Legendary Calgary record label Saved By Vinyl came along and resurrected me from the figurative “dead”, agreeing to release my next few albums, and with that burst of kinetic energy everything changed. Things started falling into place, and so I took 30 days off drinking and prepared for what was shaping up to be a really intense few years of touring and recording, holed myself up in my apartment, and wrote the entire “Guts” record in one month as the autumn temperature outside plummeted into winter and I started dealing with a lot of underlying issues in my mental health in a constructive, positive way. The particular song “Guts” was written on the morning of my thirtieth birthday.

The #metoo movement was at its peak and the sickening, all-encompassing prevalence of misogyny, and the awful ways in which a lot of my female friends and colleagues had been affected by it, started bubbling to the surface of public discourse. At the time I found myself questions such as “What do women need from us as men? How does one create and promote art with courage and act in solidarity with these people without continuing to contribute to the problem? What can men do to dismantle instruments of misogyny in art? How do you communicate these struggles as a man without tampering with or silencing the voices of women in art? What is the nature of courage? What as a man takes courage, and what is the easy way out?” These questions became the lyrical content of the song.

I missed my grandfather’s funeral a few years before the completion of the record because I was booked to play a show, which I thought was the courageous decision at the time; now I think of it as something pretty cowardly. So themes of guilt, cancer, misogyny, alcoholism, vulnerability, shame and remorse started permeating the lyrics and I used the album as a form of therapy — though ironically, this inward-looking approach lead to what is probably one of my more accessible singles to date.”