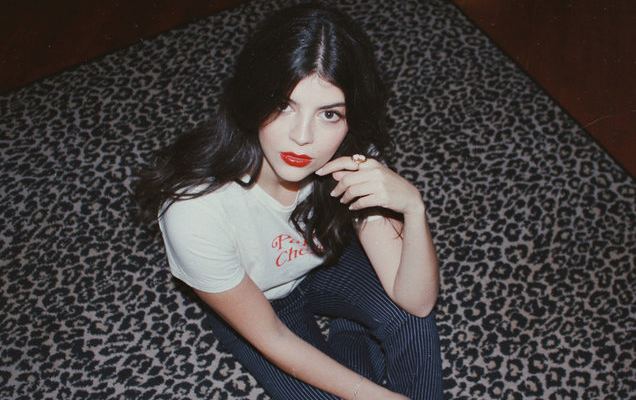 “There’s a power in being selective with the things you do or the company you keep,” she said of the new track. “I socialize on my terms. I don’t feel pressure to do things I don’t want to do or hang with people who don’t get me, and I own that. I also really enjoy being alone. With all the social distancing we’ve been practicing, this song is especially relatable.“

Although Nikki may not be a household name just yet, she’s certainly on her way to becoming one. She set the record as the youngest artist to have a number one Billboard single for the longest period of time. Nikki is currently gearing to release her upcoming album Black Sheep on July 10.

Listen to the track below:

Congrats on “Loner”! How did the idea for the track come about?

Thanks! It started out as a bit of a joke about how much I hate going out… But the social anxiety is definitely real. I think it’s a feeling a lot of us can relate to. Anti social twenty-somethings are definitely out there, but were probably by ourselves so we’re unaccounted for, haha.

Can we expect a music video in the future? What would you like to see done for it?

I don’t know that this song suits a video. I think it would contradict what it’s about 🙂

Being a songwriter, where is the oddest place you’ve come up with an idea for a song or actually written one?

I come up with so many songs in the shower! I stumble on a melody mid shampoo. I don’t know if that’s so odd, though… “shower thoughts” are most definitely a thing.

I have been playing lots of music, watercolor painting, reading, working out and cleaning. I guess you could say I’ve mastered binge-watching an unhealthy amount of tv shows. I finished Mad Men (all 7 seasons) in record-breaking time. I’m currently watching Devs, Plot Against America and Rick and Morty. Those are better for me because you only get one new episode a week, I clearly don’t have much self-control haha.

There have been some amazing new releases lately. Moses Sumney just came out with some new tunes, Hayley Williams just released a really cool record, The Weeknd too… and yes I always put on classics when I’m either cooking or cleaning my house (it makes the scrubbing less intolerable)! For cleaning, I like soul classics, like Stevie or Donny Hathaway. For cooking, I put on some fun jazz, like Louis Prima or Dean Martin.

Your album will be debuting this summer, what can you tell us about it?

This album represents independence for me. It’s me trusting my gut for what feels like the first time ever. I open up lyrically in ways I was never able to before.

You collaborated with Zachary Seman and Roger Kleinman on the album, what makes a good collaborator?

Someone who is open to all ideas, that will try anything without judgment but isn’t afraid to say when something isn’t working. Time in the studio is precious, there is no room for wasting it on something you know isn’t sounding fresh for the sake of someone’s ego. You should all be working towards one common goal anyway… to make something great. Zach and Roger are amazing collaborators.

What went into creating the tracklist/order?

Quincy [Jones] taught me to cut up a piece of paper, and write a different song title on each strip. I sit on the floor and play with the order, keeping in mind the tempos and keys. Rod Temperton told me to try to pick songs with complimenting but different vibes to go back to back so each tune has a chance to shine.

Do you have a lyric from the album that you’re most proud of?

It is very hard to choose just one lyric, every song is special to me. I guess if I had to narrow it down, I am very proud of Black Sheep, particularly the line: “I walk a different walk, I’m thinking different thoughts, you’re thinking different’s wrong” because it captures a very complicated feeling of being misunderstood in a very simple way.