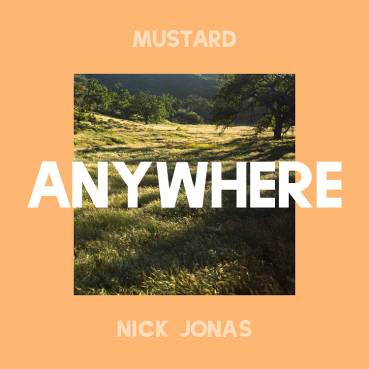 Mustard and Nick Jonas Team Up For “Anywhere”

Hip hop producer and music executive, Mustard (10 Summers/Interscope Records) has teamed up with pop superstar Nick Jonas for their new single, “Anywhere”. The record effortlessly strings together traces of pop, hip hop and electronica, lending to the song’s crossover appeal. The blended track complements Jonas’ voice perfectly; maintaining its purity while extracting a soulful edge as Jonas riffs on an ear-catching chorus. Mustard and Nick’s “Anywhere” is now available at all digital retailers and can be heard HERE.

The release is a welcome addition to Mustard’s growing list of multi-platinum projects. The Los-Angeles born producer has worked with artists such as YG, 2 Chainz and Chris Brown, solidifying his position as a hit maker. Over the years, he has released two albums of his own, 10 Summers (2014) and Cold Summer (2016); and in 2017 he collaborated with RJMrLA on The Ghetto. Now, through his work with Jonas, Mustard hopes to expand his reach and prove his versatility.