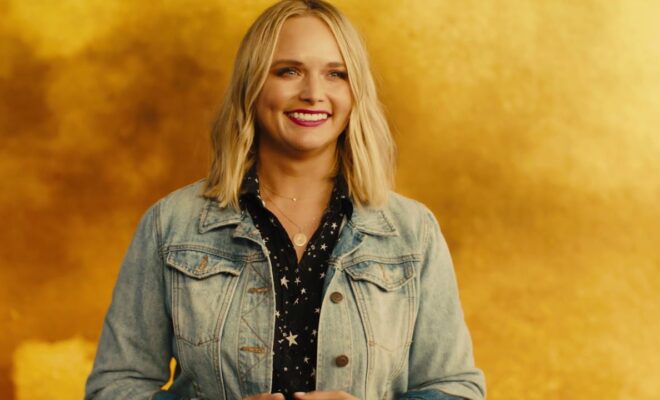 Miranda Lambert sat down backstage at the 2021 Grammys to chat about performing live at the GRAMMY Awards Ceremony.

Country legend Miranda Lambert is nowhere near new to the GRAMMY stage. Earning her first nomination in 2007, and her first win in 2011, Lambert has gathered a total of 21 nominations and 2 wins, including BEST COUNTRY ALBUM for Platinum in 2015.

Ten years after her first win, Miranda Lambert is once more nominated for Best Country Album for her latest effort, Wildcard. Wildcard is the fourth of Lambert’s to be nominated in this category, after Revolution (2010), Four The Record (2012) and Interstate Gospel (2019).

The singer will be performing her single “Bluebird,” that’s up for Best Country Solo Performance and Best Country Song. “The set is beautiful, it’s very ethereal and there’s this peaceful vibe, it’s got a lot of flowers,” Lambert shared.

“Bluebird” was written and came out a little bit before the pandemic happened, and no one could have predicted how much the song would resonate with people back then. “‘Bluebird’ was a hopeful song to begin with. We wrote it way before we knew about what we were about to walk into so we just wrote this song with a little bit of a hopeful message,” the 37-year-old shared. “We could never have predicted the content of this song and when it would come out and how that would all fall into place but I think just hearing from fans on social media, I think that it really resonated with people and so we’re happy.”