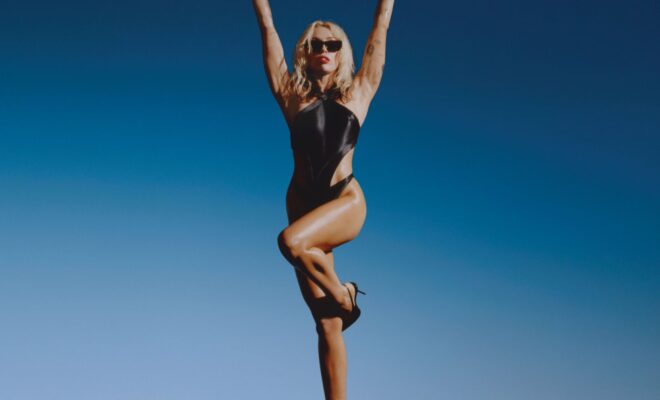 Miley Cyrus is back with new music in 2023, and she’s ready for the world to know it!

Titled Endless Summer Vacation, the record is set to be released on March 10 and marks Cyrus’ first album since her 2020 LP Plastic Hearts. The new effort was produced by Kid Harpoon, Greg Kurstin, Mike WiLL Made-It and Tyler Johnson in Los Angeles, which seems fitting for what Cyrus calls a love letter to L.A. that puts the emphasis on her physical and mental growth.

On her social media accounts, the artist posted a 1-minute trailer along with the cover art for the album.

Endless Summer Vacation will be prefaced by lead single, “Flowers.”

Conveniently set to be released on January 13th, which just so happens to be the artist’s ex-husband Liam Hempworth’s birthday, the single is an anthem of self-love and empowerment. Along with the announcement of the release date, the singer teased some of the lyrics in the form of black-and-white posters which read: “I can buy myself flowers. / I can take myself dancing. / I can hold my own hand. / I can love me better than you can.”

You can pre-save “Flowers” and Endless Summer Vacation now HERE.