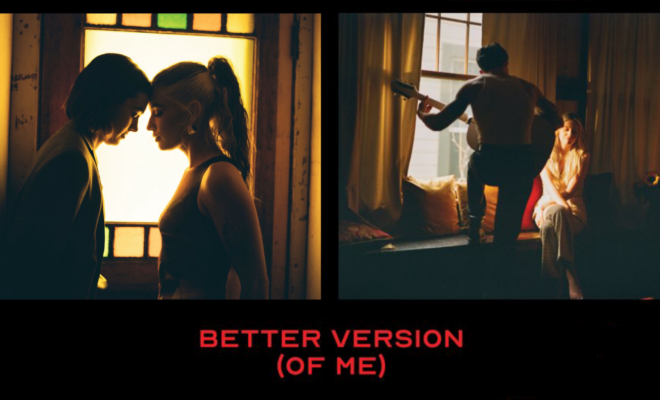 After teaming up on a reimagined “Better Version” for FLETCHER’s Deluxe edition of Girl Of My Dreams back in November, Cari Fletcher and Kelsea Ballerini have just announced the song’s accompanying video.

In teasers posted by both artists on their social media pages today (January 5), the video seems to showcase two different perspectives that have one thing in common: not everything is as it seems.

In her snippet, FLETCHER’s persona is seen stumbling down a corridor while kissing Ava Capri’s character. Capri is later seen shooting Fletcher on an old camera and although the couple seems happy at first, these heated scenes are alternated with darker ones. Capri is shown walking out on Fletcher, and the singer is left to sit alone in a bathtub, gripping her knees with her hands.

“There’s these feelings that I get when I’m by myself,” Fletcher narrates over the trailer. “Like, this radical independence and freedom… And I only get them when I’m alone.”

Much like in the first part of Fletcher’s trailer, Ballerini is on her honeymoon phase with Gavin Leatherwood‘s character at the beginning of her teaser. While Leatherwood seems charming at first, spinning Ballerini around and ravishing her neck while she sits on a kitchen counter, the facade soon fades away. Leatherwood is seen taking away Ballerini’s guitar, her joy along with it.

“Sometimes, I just wish that we had like a crystal ball that would tell us what to do,” Kelsea Ballerini narrates wishfully. “Like, what our next move should be.”

The two artists, currently on vacation together, later posted a Tiktok of themselves freaking out over posting their respective trailers simultaneously.