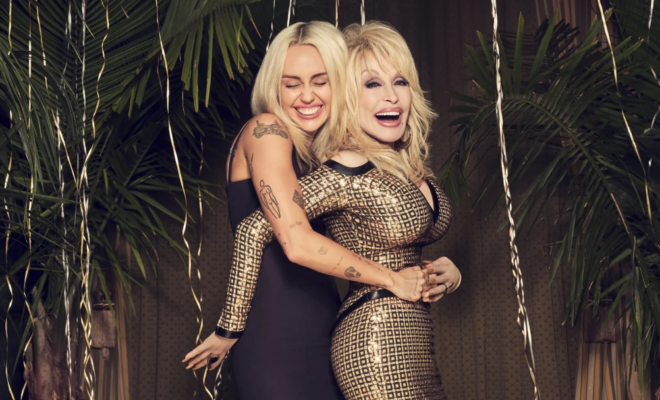 FLETCHER, Sia, Liily And More To Ring In The New Year With Miley Cyrus!

Ringing in the new year with Miley Cyrus last year was so fun, that NBC has decided to do it all over again this year!

Returning to NBC and streaming on Peacock, the second edition of Miley’s New Year’s Eve Party was unveiled during the NBC Upfronts presentation this summer.

“The inaugural Miley’s New Year’s Eve Party was an unqualified success and we know this year’s show will be just as spectacular, with plenty of surprises and lots of fun,” NBCUniversal exec Jen Neal shared. “We can’t wait to get the party started.”

And what a party it is going to be indeed, for Cyrus has gone and made this year’s lineup even more spectacular!

While SNL creator Lorne Michaels will reprise her role as co-executive producer for this year’s event, Cyrus has asked quite a few friends to come help her ring in 2023!

For starters, co-hosting the show with Cyrus will be no other than her godmother and music legend Dolly Parton.

“We’re going to be doing some skits. I know that anything can happen live with the two of us,” Parton excitingly shared. “I’m sure we’ll be wearing some bizarre costumes and we’ll be singing some serious songs, some fun songs [and] we’ll be bringing in the new year in fun fashion, I’m sure.”

Performance-wise, Cyrus teamed up with quite a few friends to put together an all-star lineup. Previously-revealed performers Sia, Latto and Rae Sremmurd will be joined by rock band Liily and queer icon FLETCHER to entertain the crowd before everyone starts the countdown.

Cyrus had previously shared that the lineup of guests was “very [her]”. “It is curated in a way that makes no sense, but makes total sense.”