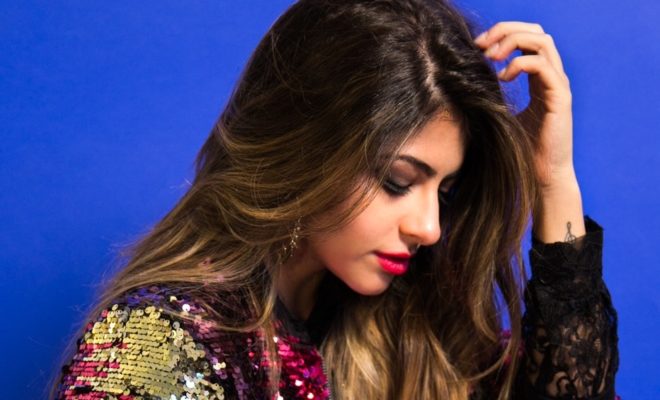 Exclusive: Our Interview With Laura Pieri

Yes, Laura Pieri’s career is still in its early stages. That’s not going to stop her in any way from taking a stand and making her own choices. Even if it means a total re-launch!

SRS: Tell us the story about your music video re-launch.

LP: We had previously launched “I Will Follow You”, but after the events that happened in Florida, I had to step back and re-assess the message that was being put forth. I didn’t want to romanticize gun violence, and felt that this was important enough to take the original video down and re-edit it.

SRS: What’s next after promotion is done for “I Will Follow You”?

LP: We have lots of great records recorded and we are looking to release them according to feedback from all that’s happening with “I Will Follow You”. I really want to give this record all the attention it deserves. There are also a few opportunities to act but it’s all a big secret as of now.

SRS: Your first single is in English. In the future will there be songs in Portuguese or even Spanish?

LP: Absolutely! Singing in my native language and in others is something I have wanted to do for a while, but I think it’s a journey for the future. I want to explore singing in English more before I branch out.

SRS: How does New York City compare to São Paulo?

LP: In all honesty, there are times that it seems really foreign, and there are times where I can’t even tell the difference. The traffic is definitely the same! I feel right at home in New York. It’s the people that make the difference. New York is so international, but it’s not where I grew up. My home will always be São Paulo, and there are certain smells and sounds that are unique to it. Those are the things I miss the most!

‪#IWILLFOLLOWYOU is officially out NOW on @Spotify, @AppleMusic, @AmazonMusic and more!

SRS: What’s something you wish more Americans knew about Brazil?

SRS: How do you balance your career and college? What are you studying at NYU?

LP: It’s tough! I have a tight schedule that keeps me very busy. There isn’t a lot of sleep involved but it’s a fascinating experience. At my school, I’ve been able to create my own major. I am really interested in ideas of morality and justice. Like the entire concept of evilness, and how that plays into art.

SRS: So what is the story of how Cory Rooney discovered you?

LP: Well, we had an acquaintance in common that introduced us. Through this introduction we began working together and really never stopped.

I am only half myself
the other side’s
a dark idea
i like to believe in pic.twitter.com/4X4md1Sd1i

SRS: And last one has to be a fun one: Who is your dream artist to collaborate with?

LP: Currently? I’d have to say Zedd. I’ve been a fan from the start and really admire his work.