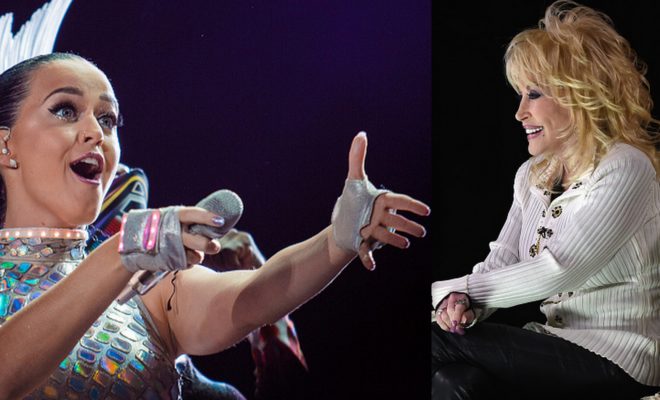 Katy Perry And Dolly Parton To Perform Together On ACM Awards!

This just in, Country Legend Dolly Parton and Pop Superstar Katy Perry are joining forces to perform on the 51ST ACADEMY OF COUNTRY MUSIC AWARDS! This will be a first time performance together for these two and the first time Perry will be performing at the ACM Awards.

I’ll be collaborating with the ever amazing and oh so talented @katyperry at this years @ACMAwards! #COMC @CBSTweet https://t.co/e67OOZ62W8

Parton will be honored with the Tex Ritter Award for her television movie, Dolly Parton’s Coat of Many Colors. This award is given to a movie released and/or receiving major exposure during the preceding calendar year, featuring or utilizing country music.

In a video message, Parton shares Perry might be presenting the Tex Ritter Award to her and then they are going to be singing “some things” together. Just to clarify, those were her words, that’s not actually the title of any of their songs. 🙂

Perry was super excited to share the news and it will no doubt increase the views for the ACM Awards.

🙏🏼 MY PRAYERS HAVE BEEN ANSWERED🙏🏼 I shall remember though that I am but one sequin on this living legend’s costume! https://t.co/4XY42M3ked

*This Article was written and shared with permission from Variety Beat.