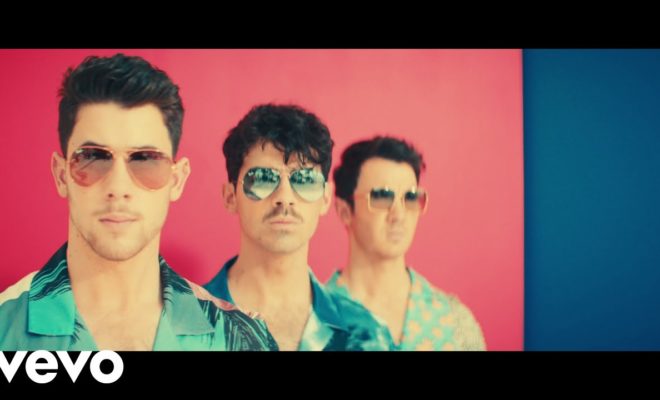 The Jonas Brothers debuted their second single since their comeback along with an accompanying music video for “Cool.”

The music video is Miami-vice style that was shot in Miami, Florida. Joe was donning a mustache similar to the look for the music video for their hit “Burnin’ Up.” In the video Nick is even buried in the sand completely and dons a fanny pack at one point. Meanwhile, Kevin has three parrots on his arms while looking like the captain of Gilligan’s Island.

“Cool” showcases both Nick and Joe’s vocals individually. The song itself is a great followup that is breezy and catchy and ready for radio. Crossing our fingers we get to hear a live version of their song at an upcoming concert.

The single follows their comeback “Sucker” which peaked at No. 1 on the Billboard Hot 100, a first for the band. The band will be playing a concert in Minneapolis for the NCAA this weekend along with a summer concert in Boston.