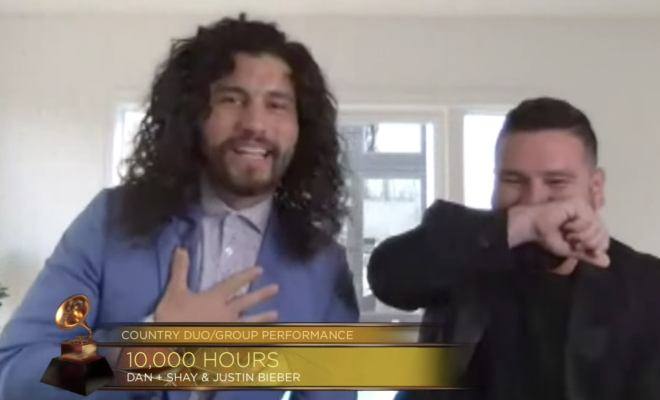 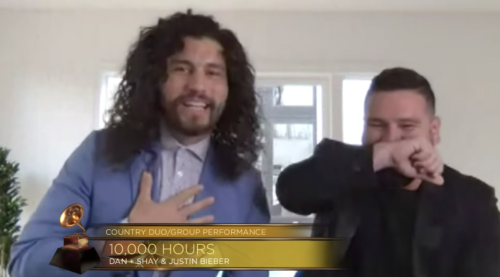 “10,000 Hours” is a song recorded by country music duo Dan + Shay and Justin Bieber. It was released as the lead single from Dan + Shay’s upcoming fourth studio album on October 4, 2019. The song was written by Dan Smyers, Shay Mooney, Julian Perretta, Jason Boyd, and Bieber. Additionally, Smyers self-produced the song.

“We have no speech prepared,” the duo shared emotionally during their acceptance speech. “Our family is in there and very happy. I love you guys,” Smyers said. Mooney added, “My hands are shaking right now, this is absolutely crazy.”