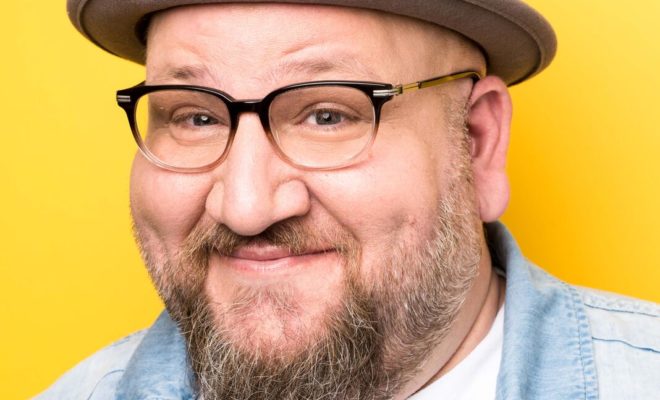 You loved him as Gustavo on Big Time Rush, now get ready to fall in love with Stephen Kramer Glickman BIG TIME as he talks to us about his debut comedy album, podcast, clothing line, Big Time Rush reunion and much more!

What was the inspiration behind your debut stand up comedy album?
I have been doing stand up for 15 years in Los Angeles and this is a collection of stories about the best and worst people I have come to know. Part of the enjoyment in doing stand up, is the ability to talk about your most embarrassing moments in front of an audience and hear them clench up when they know you’ve made a terrible mistake. For example, eating 30 ounces of steak in 15 minutes and having to go to the Hospital. My inspiration comes from a lot of places including politics, my family, my girlfriend, jobs I’ve been fired from, and my struggle with weight loss.

How long have you been interested in doing comedy?
When I was 13 years old, my mom noticed I was going through a hard time so she bought me a few comedy albums to make me feel better. Eddie Murphy, Dennis Leary, Pauly Shore and George Carlin. From that point on, I knew I wanted to be in the comedy business. 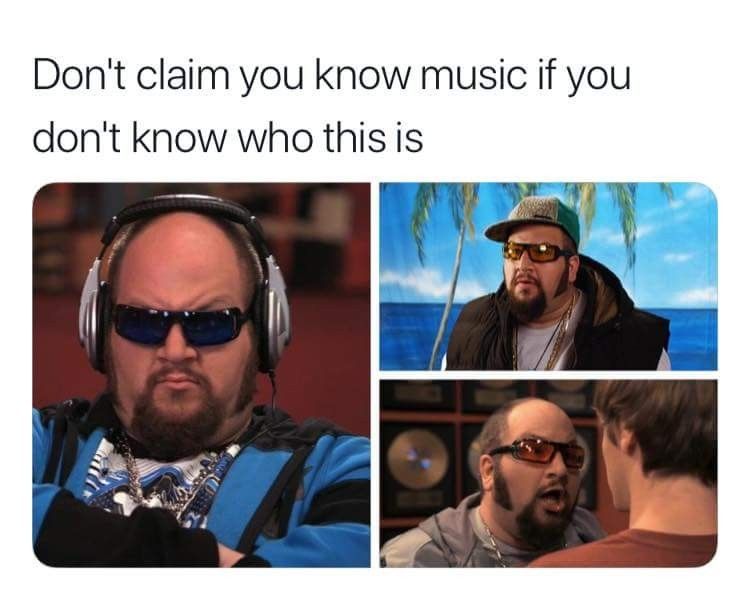 Congratulations on the success of your podcast. You are quite a Renaissance man with acting, comedy, podcasts and your clothing designs at Hot Topic. Not to even mention you have become a meme. How do you balance it all?
A few things help keep me balanced. I have an amazing girlfriend who keeps me in line and lucky for me she has a terrific bullshit detector. I work very hard to have healthy communication with my manager, agents, and attorney and I do not micromanage. I am very lucky to have friends that enjoy going on adventures with me.

What could possibly be next for you? More acting maybe?
Well, my new stand up album VOICES IN MY HEAD has been in the works for years, so I am very excited to get that out into the world and work on some new stuff. In podcast news, The Night Time Show got sponsored by Sennheiser audio which is awesome because now our show sounds even better. I love acting and I’m always auditioning and staying open-minded to what’s next.

Go to @hottopic and get one now!

Are there any secrets from the set of Big Time Rush fans might not know about?
Here is a weird Big Time Rush fact many people don’t know. In 2009 when we started shooting season one, the budget for costumes was pretty small. My character Gustavo Rocque had a very unique style, which was wearing loud obnoxious hoodie sweaters and Kangol flat caps. The costume department would go to a discount clothing store called Fallas Paredes and buy old hoodies from Sean John and Rockawear, but when it came to the hats, Kangol was just too expensive. So I called Kangol’s office in New York City and got myself personally sponsored by the company. Kangol sent me three hats in every color to wear on the show and Gustavo’s style was born. On a funny side note… in season 2 when the budgets were much bigger, the costume department hired Muto Little to design and build my wardrobe at $800 per hoodie. Muto Little is the company that made the Lady Gaga meat dress.

You’ve raised over $70,000 for Children’s Hospital LA. Amazing! Why is that cause so important to you?
I am fortunate enough to live in Los Angeles and work in an industry where I get to communicate with some of the biggest companies and celebrities in the world. It would be a huge waste if I wasn’t able to use these circumstances to do something better for my community. Children’s Hospital Los Angeles is always in need of finacial and toy donations and I have seen first hand the effect it has on these kids. I just feel like it’s my responsibility to use my connections to make a difference. I am very thankful that my podcast team at The Night Time Show and my friends and associates are always down to help such an amazing cause.