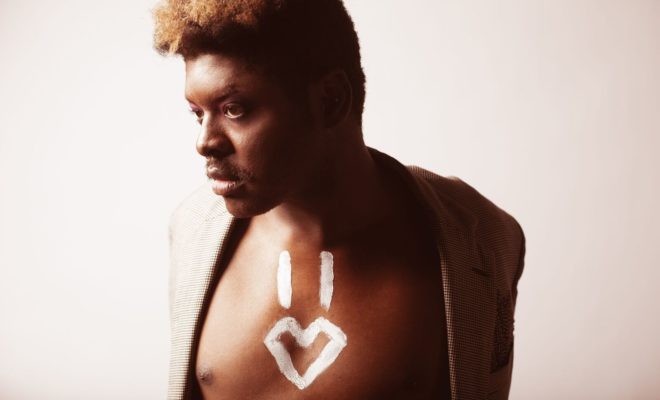 Kansas City-based alt-rock singer-songwriter Stephonne takes listeners on an emotional ride with today’s release of his latest single, “Want Me”. Taking on all roles from production to vocals, Stephonne shows listeners the full range of his musical talents in this powerful new track.

Energetic guitars, booming drums, and the plunking of piano keys make up a grand, bone-chilling accompaniment which gives “Want Me” something of a natural theatricality. With dynamic vocals–ranging from a near whisper to a full belt–Stephonne takes listeners on a journey through the confusing and contradictory feelings of love and (dis)trust. “I don’t want you, because I fear I’ll need you,” the track opens, reflecting Stephonne’s hesitation in acting on his feelings. Ultimately, Stephonne decides that solitude is more secure: “Leave me lonely, it’s the only thing I know to be true.” The story Stephonne tells through “Want Me” is somewhat heartwarming, somewhat tragic, and entirely compelling.

Born and raised in Kansas City, MO, Stephonne has had his head in the stars since the age of 8. Growing up, he was surrounded by music, listening to everything from jazz and blues to R&B and old school soul around the house and performing in his church choir. He started songwriting at age 10, always keeping in mind every detail from instruments to vocal arrangements–a meticulousness that’s evident in his ambitious productions. His interest in alternative rock began in junior high with bands like Alice In Chains, later leading him to record his own music and form a college band, Glory Blue, which would put out two full albums and numerous performances over two years. Now, working solo, Stephonne is one of many people making room for Black artists outside of genres like rap and R&B.

“Want Me” is Stephonne’s first release since dropping his debut album, Caged Bird Sings Songs About Red Beard, last year. Be sure to keep an eye out for more music from Stephonne!