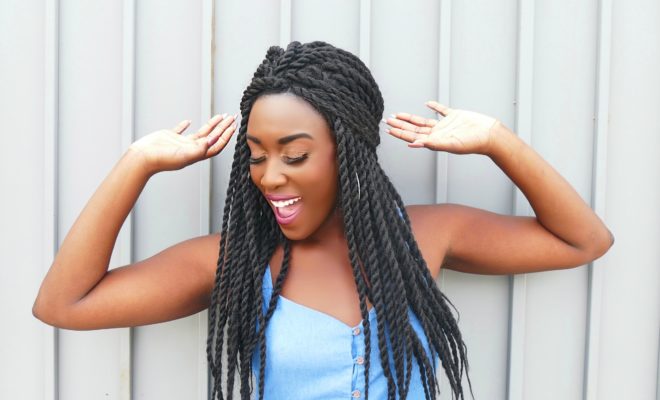 Exclusive: Malynda Hale on Her New Music and Podcast

What a joy for us to catch up with the incredible, Malynda Hale…

Tell us about your new podcast.

I’m really excited about my new podcast #WeNeedToTalk! I started a panel discussion series with the same name last year to shine light on important current topics in the world and it made me want to dive deeper into those conversations, so I decided to start the podcast. I’ve always been vocal about my views, so doing this podcast seemed like the most logical next step.

What are some topics you’re excited to discuss and bring light upon?

The tagline of the podcast is “Politics. Entertainment. Culture.” So that’s exactly what we are going to hit on. There’s really nothing that we won’t discuss or cover, but it’s important to have these kinds of conversations.

How do you feel you have evolved since your last EP?

Great question! I think I’ve settled into my artistry even more. I know who I am and what I’m willing—and not willing—to do. A lot can happen in a year and I think traveling the world, touring and having relationships in my life change has forced me to grow. Growth and change are healthy, and every year I grow and change in some way as an artist and as a human being.

Congratulations on the release of your single “The La La Song”! How did your husband inspire the song?

Thank you so much! He’s honestly just the best person I know and when we first started dating I wrote him a song called “Blue Eyes” that was on one of my earlier records. I have been so focused recently on writing and recording songs that are centered around social justice and empowerment that I really wanted to write a simple love song that was easy to sing along to.

How did you and your husband meet?

We met on New Year’s Eve in Los Angeles. He thought he was flirting with me but instead he ended up insulting me. Naturally we were engaged 8 months later, have now been married for over 7 years and together for almost 10!

Is there opportunity to tour soon for your new music?

Throughout the year, I’ll be doing a few dates here and there but I won’t be touring as extensively as I did last year. This year is really about building my online presence, getting my music in film and television shows and writing more to release a new record next year.

Who are some women that inspire you?

My mother of course is the first person! Other women who truly blow me away with who they are and what they do are: Michelle Obama, Audra McDonald, Sara Bareilles and P!nk. I think they are all powerhouses in their own right and have influenced me greatly.

And lastly, what’s your current favorite go to vegan meal?

If I’m cooking I love a good Tofu Scramble or Vegan Chili!