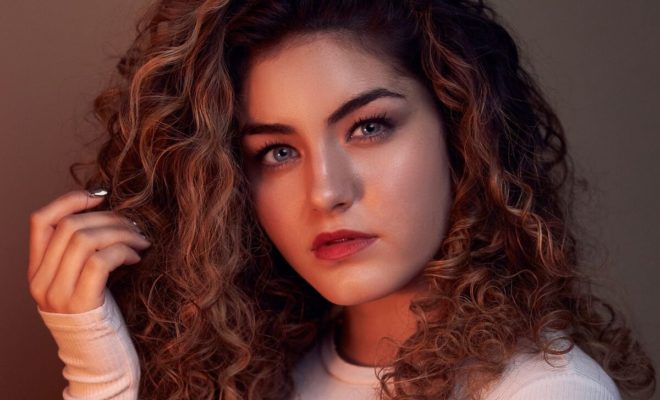 Since we last talked to upcoming pop star Haven, she successfully transitioned from country to pop music. She has been releasing new singles, is going on tour, and got some very famous friends. We got to chat to the stunning twenty-year-old on it all.

What is the story behind your single “Be With You”?
The process for writing “Be With You” was super rare. I was in a session and we had already written 2 songs that day. We had 30 minutes left and figured we’d try to knock out one more idea before I left. We ended up writing the whole song in 20 minutes. It literally felt like “Be With You” fell out of the sky. We wrote it faster than we could type it. That almost never happens but it’s so cool when it does.

Selena Gomez posted the song to her Instagram page. How did you two become friends?
Yes!! She has been so kind and welcoming to me. My manager, Brian Teefey, is her step-dad so I met her through him. I’m so so thankful for her kindness and support. She is THE BEST!

One of my sweet, sweet, absurdly adorable friends has released her song THATS OUT NOW! @iamhavenmusic I’m so proud of you. Your heart is so full and happy.

Do you have a typical format for writing songs?
It’s honestly different every time. Sometimes I start with an idea or sometimes it’s a melody or track. It just really depends on how I’m feeling. It’s never the same process but we always get a song at the end of the day. I love writing!

What can we expect from your upcoming singles?
Yesss! Lots of new music on the way!! You can expect some songs talking more about my story and this musical journey, some fun summer songs and ballads. Kind of a mix of everything on the way!!

Last time we talked you said you dreamed of playing NYC and now you are! Congratulations! What can we expect from the Dinah Jane world tour?
Oh my gosh!! I’m SO EXCITED for tour!! One of the dates is in NYC which is a dream come true! You can expect all new music! All the songs I’m playing will be released this year.

SURPRISE!! IM GOING ON TOUR😭💕🎉 WHATTT!?!? I am SO EXCITED to go on tour with @dinahjane97 & @agnezmo! So thankful for the opportunity! It’s a dream come true!! I can’t wait to travel & meet everyone starting April 7th! 💕🙌🏼💕 *I will be on all North American Dates*

This is your first tour as a pop artist. Are there going to be any noticeable differences?
I think the biggest difference is my stage presence has changed. I used to be more band and guitar-driven but now it’s more track based. We’ve also added a lot more choreography and movement than I used to have. I still will bring the guitar out for a song or two though!

You’re so young but have already accomplished so much. Do you have a five-year plan or anything like that?
After 5 years I hope to be headlining my own arena tour! My day by day plan is to keep writing, creating, releasing, touring and growing!

Besides yourself of course, who are some artists that you think will be big in 2020?
The Command Sisters, AK, and Sam Tinnesz are some of my fav up and coming artists!