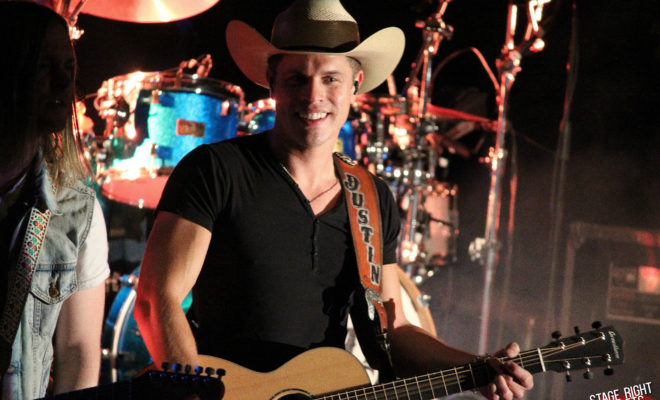 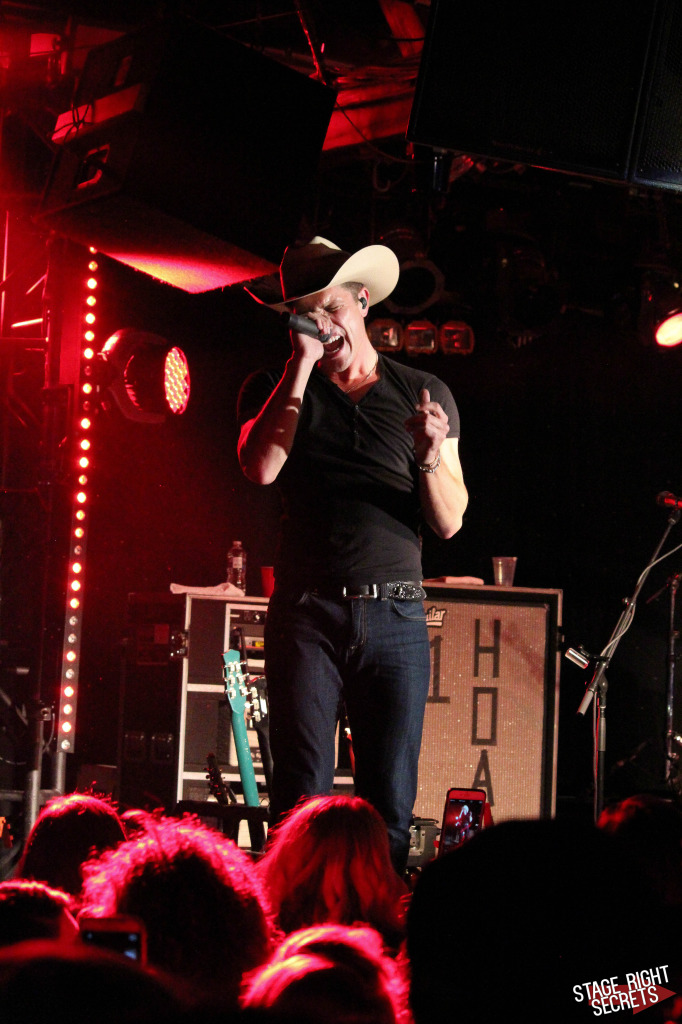 Walking into the green room, Dustin came in introduced himself to my videographer and I. I was taken aback about how excited he was to perform and get out there and meet his fans. I can honestly say that I’ve only seen a handful of artists that excited to meet their supporters, and Dustin was genuinely ecstatic. The meet and greet line along with the venue was filled with different types of people. What’s so appealing about Dustin is the fact that he pulls in different styles and genres of music to his songs. His fan base didn’t consist of just the one type of fan, which is rare to see today. 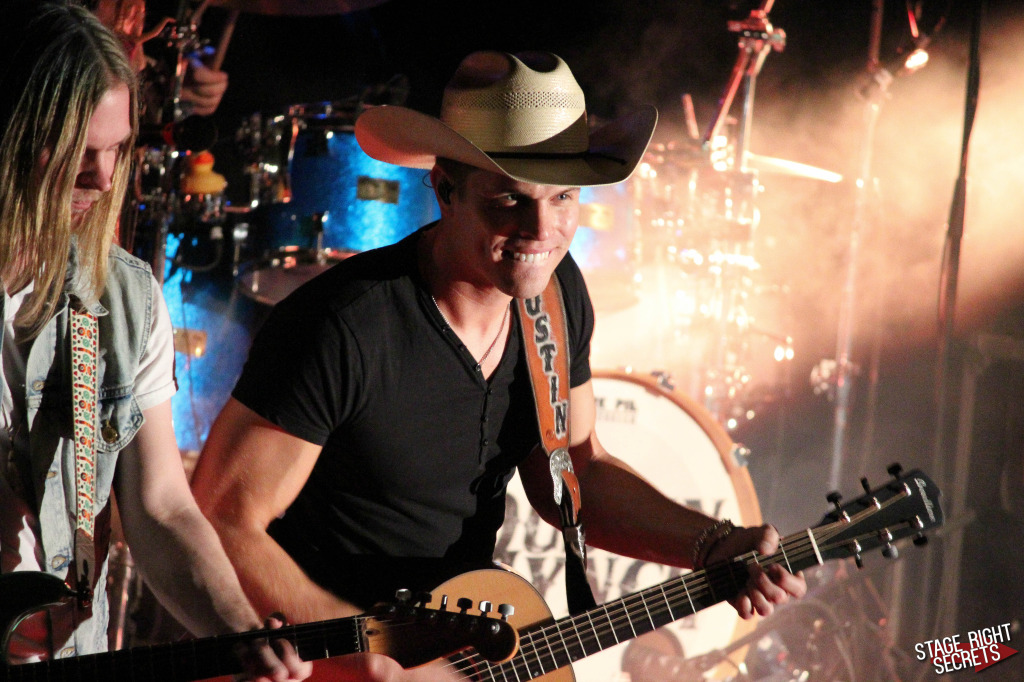 Just having Dustin walk down to the stage, the shrieking and screaming began. Joe’s Bar here in The Windy City, was sold out with a long line of fans waiting hours in the bitter cold to get as close to the country songwriter as possible. Hardcore dedication. 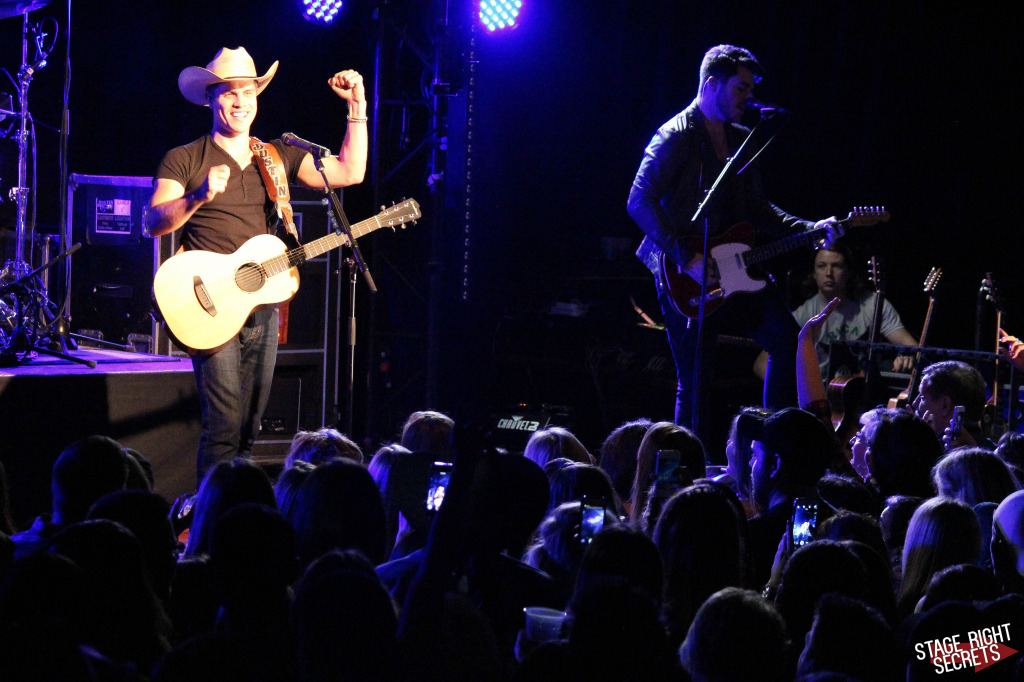 I could understand the fan’s dedication with your favorite singer performing and owning every inch of space of the stage. Not to mention his performance feels like he’s singing straight to you personally. The fact he drinks with his fans and frequently selfies and high fives them doesn’t hurt either. 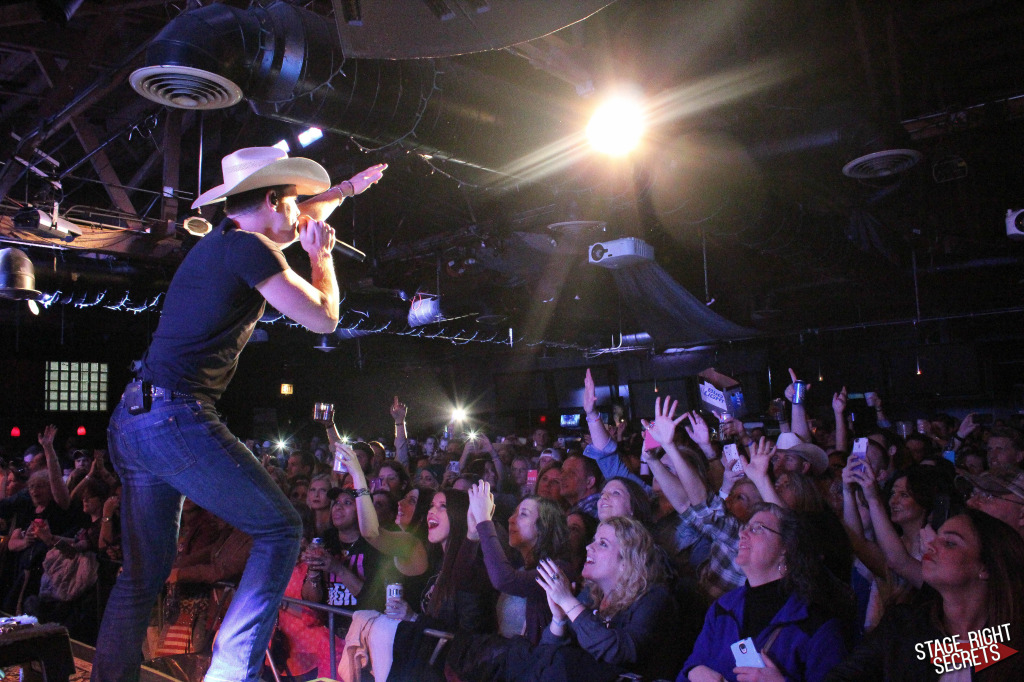 One of the many things I admire about Dustin is the fact he is able to appeal to any music lover. From slow down take it back songs like “Your Daddy’s Boots” to “Hell of a Night” with the yep yeps. This is one show I won’t soon forget. Make sure you get your ticket now the next time Dustin is in your town on the Kick Up The Dust Tour with Luke Bryan and Randy Houser, it will be one hell of a night.