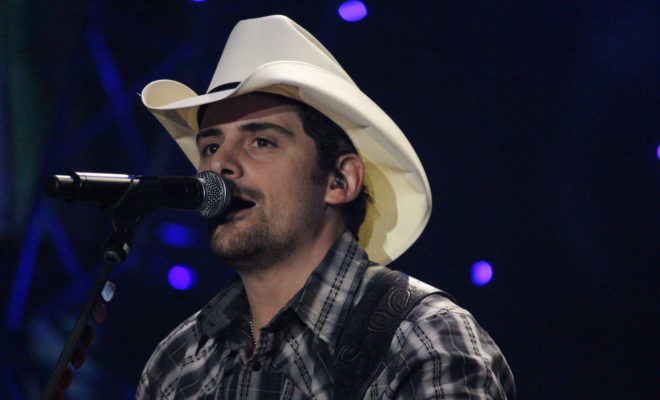 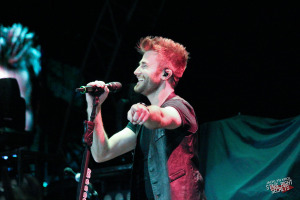 When you think Country music or guitar skills, Brad Paisley should come up on both of those lists. His Country Nation tour is in full swing with Parmalee and The Swon Brothers, a lineup that is sure to please any music fan. My night started off interviewing The Swon Brothers Zach and Colton. Just how we all watched them on The Voice, they were nothing but humble and kind. They were true Okies with our below freezing weather just outside the doors.
The Swon Brothers opened the show making the arena seem more intimate, something only few musicians can accomplish. Hearing them play “Pray For You” and “Later On” live sounded just as good as the mp3s on my iPhone. Definitely keep an eye out for this brother duo, they are sure to be selling out arenas in the near future. 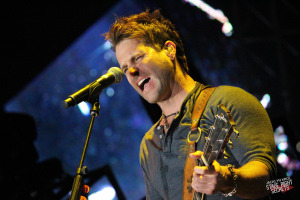 Parmalee is a band I had yet to see live. I was pleasantly surprised with how pitch perfect and in sync the harmonies were. Their latest single “Already Callin You Mine“ was easily the crowd favorite, having the entire row in front of me screaming along to every word. 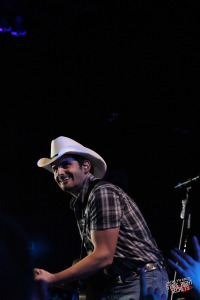 Parmalee and The Swon Brothers came out to duet and after the first two choruses Brad also joined and finished two songs. Great to see that kind of chemistry with tour mates! 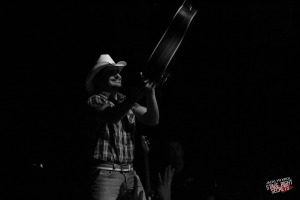 Finally I went into the tunnel getting ready to shoot Brad, and wouldn’t you know it Brad himself came walking by and stopped for the other photographers and I. He joked with us about only shooting his good side and asked where we were from. I can honestly say that I was in pure shock that a headliner of his caliber would take time out of his day to talk to photographers. Now for his live show, where do I begin? Besides the incredible production value with screens and graphics everywhere, his guitar skills are pure perfection. At one point he even played guitar with a beer can! I found myself in awe, mouth open to see how incredible he played the instrument. He managed to hand slap all of the fans in the pit and use the stage and catwalks to his full advantage. If you know only one song by Brad, after ten minutes he will make a diehard fan out of you. Pick up a ticket to the Country Nation tour here.