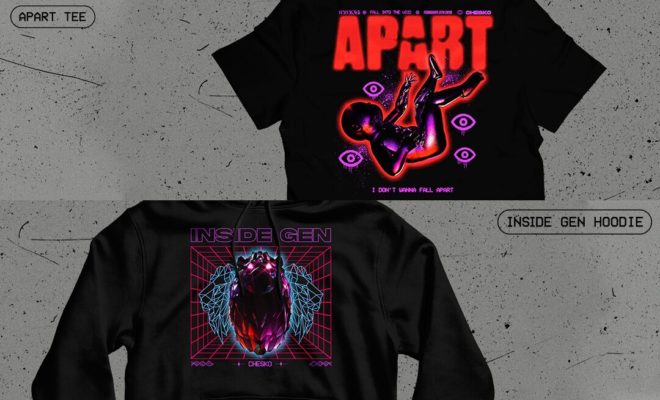 Can’t get enough of Chesko? Neither can we!

Good thing our addiction is about to be fulfilled with the release of this new collection!

What was supposed to be a few shirts turned into something much bigger once Spanish DJ/producer Chesko started working with @zen.visuals on his official merchandising.

The pair collaborated on a few designs and just released a couple of exclusive shirts and hoodies promoting Chesko’s first single Apart, and his upcoming album Inside Gen. Everything a true fan would ever need.

While the cover art for Inside Gen has yet to be revealed, Chesko’s announced that he would release a new song at the end of the month.

Apart (Acoustic) will be available on all streaming platforms on January 30.