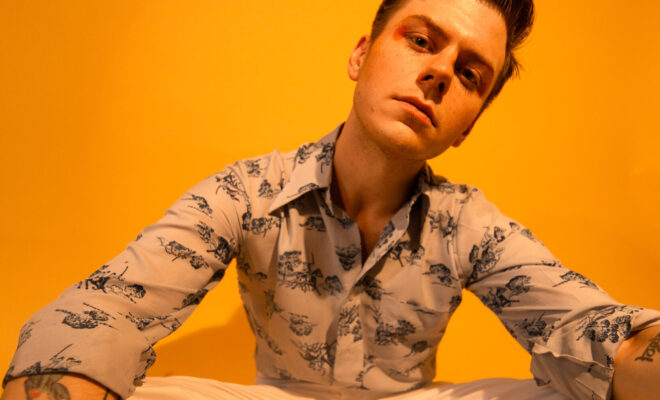 Chaz Cardigan debuted his latest single,  “Room” and announced his upcoming EP, Holograma. The 25-year-old Nashville-based artist is gearing up for his latest record to release and enter into a new era.

Watch the “Room” visualizer, below.

Today, Chaz Cardigan announced the October 22 release of his new eight-track EP, Holograma, and shared the single “Room.” A dreamy slow-burner lit up in lush string arrangements, “Room” lures the listener into Chaz’s starry-eyed memory of the bedroom of his first love. Download / stream HERE and watch the visualizer HERE.
“When we started writing ‘Room,’ it just snapped me back into being 16. I realized that feeling of being in love for the first time is something I’ve been chasing for so long,” Cardigan explained. He also penned the track with ROBOPOP (Maroon 5, Lana Del Rey), who also produced, and Jon Green (James Bay, Kylie Minogue). “We really dug deep and tried to make it as tactile and specific as possible, with lots of little details, like the map of Ecuador he had on his wall.”

Fans who pre-save Holograma will instantly receive “Room” plus “Everything’s Wrong” and “Middle of the Road.”
“All of the songs are about looking back on old memories and re-contextualizing them, seeing everything in a new light now that I know myself better and I’m way more secure in who I am,” he explained. “The songs came from the shifting of ideas and shifting of perceptions, and I saw them as these iridescent, shimmering colors, like a hologram.”
Throughout Holograma, Chaz showcases the eclectic musicality he first began honing as a kid in Elizabethtown, Kentucky. A classically trained pianist who taught himself to play guitar, bass, and drums, he got his start gigging in punk bands at the age of 11, covered classic songs in Louisville bars during his high-school years and later produced in a Nashville hip-hop collective. After releasing his debut album, I, Chaz put out a series of singles that all ended up on Spotify’s New Music Friday playlist – a triumph that soon earned him the distinction of becoming the first artist jointly signed to Capitol Records and Loud Robot, which is the record label from J.J. Abrams’ production company, Bad Robot. 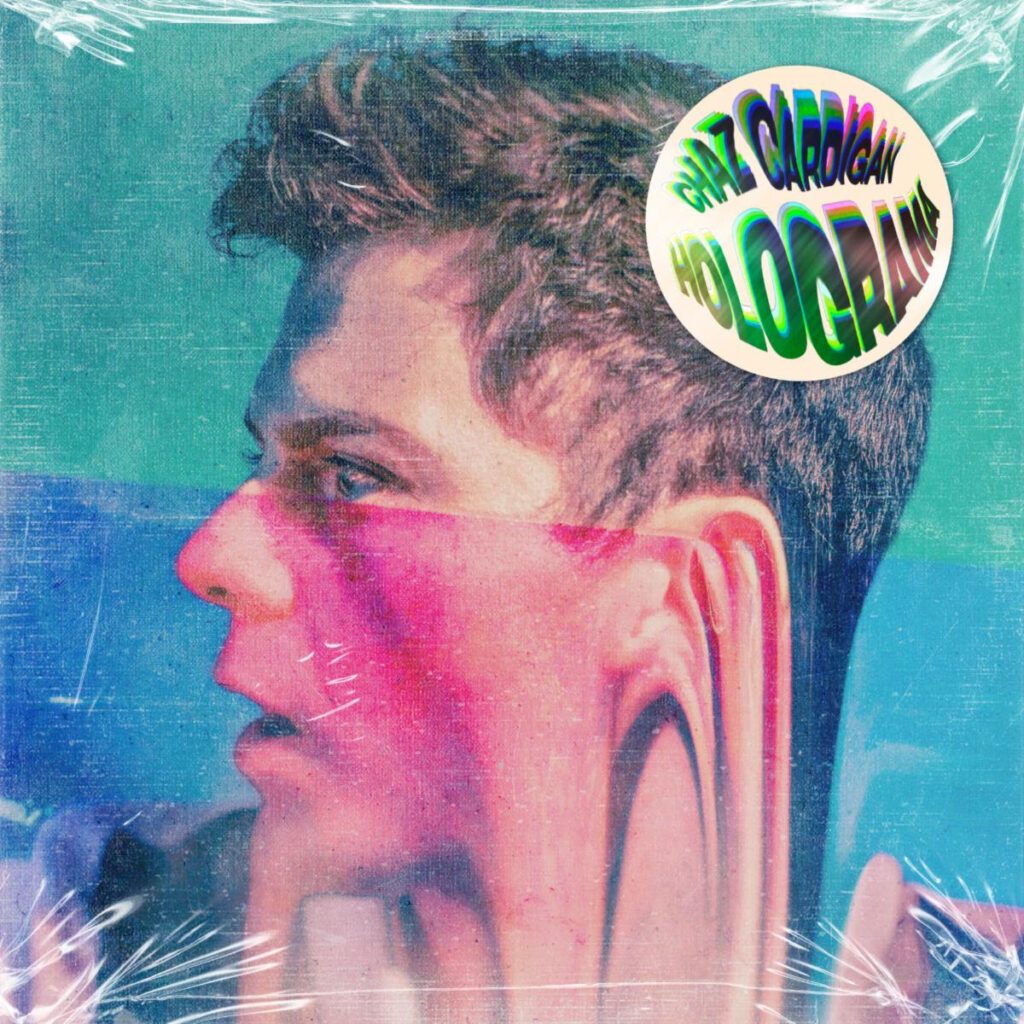 Congrats on your new single Live A Little! Can you walk us through the creative process and how it came about?

I wrote it with my friends Kevin and Stevie. We actually wrote it thinking you know just maybe somewhere it could live in film and TV. We never really intended it to be a Chaz Cardigan song, this is just a really fun song. It just sat around for a few months and then found a home in the ad campaign for Apple TV’s Tiny World, so it gave us a real motivation to put it out. I love it when songs find homes like that, that aren’t necessarily just my records. I had another single coming out earlier this year called ‘As I’ll Ever Be’ that ended up in the soundtrack of a Netflix film and I don’t know if it would have done nearly as well if I had just put it out on my own record. It’s so cool that those songs get to reach so many people in that way.

Are there any other shows or movies you’d like to hear your music in?

Somehow, if one of my songs ended up in a Marvel movie, I would be good and could happily retire.

One thing we love about your music is that visuals play a big role. How involved are you in them?

I’m very involved. My creativity is actually more visual than it is auditory. As a kid, I was always just making things up, coming up with stories, or making up these little inventions or learning dances. Music naturally became one of those things that I gravitated to, because it was something that you could create and then hold on to all the time. I could write a song, I could record a song, and I could play that song over and over again. That was way easier than making movies, even though that was what I really wanted to do. If I had gone to college, I would have gone to film school, I had actually gotten into school for film. I spent a lot of time as a teenager putting together film reels and trying to shoot short films with friends. It’s so cool to have now the network that I have access to with Bad Robot, because we’re able to create those projects together so I can express some of the visual ideas I have.

You signed your record deal with Capitol earlier this year! How did that come about?

A lot of years of just grinding. I was in Los Angeles for a writing trip around the end of 2018 and my managers had been friends with an A&R at Capitol since he was about 19 so for about 20 years or so. They just played them some stuff they were excited about and he asked if we could meet. I had a great three-hour conversation with him about music and tech and politics. We didn’t even talk about my music but we really bonded over punk music, over the Sex Pistols and Bad Rain and Black Flag and stuff like that. About a month later, I played a show in LA, it was my first time playing out there. He came and what was great is that it was a great room, full of fans. That’s how I got the deal.

Your music does seem to have a bunch of different influences, from different genres. Do you think genres matter, or that they should matter in general?

I don’t think they matter. I’m kind of part of this first guinea pig generation where you grow up listening to mp3s on streaming platforms more than records. You could put a playlist together of songs from the Lion King and Lil Wayne and Metallica and it’s just a vibe playlist. I think there’s this whole generation of kids that have just grown up listening to anything. Sometimes, I do wonder what it’s gonna do to music as a whole. Is everything going to be trap drums and live bass and guitars? But I think we’re just all figuring it out and I also think as everyone is listening to everything, some people are really buckling down on a specific set of influences like Phoebe Bridgers or Pinegrove. They’re just doing that thing and they’re doing it excellently but you can tell, oh, she’s probably listened to Kendrick somewhere, cause these lyrics are just so gutting.

Read our full interview in our fall issue releasing on October 30.