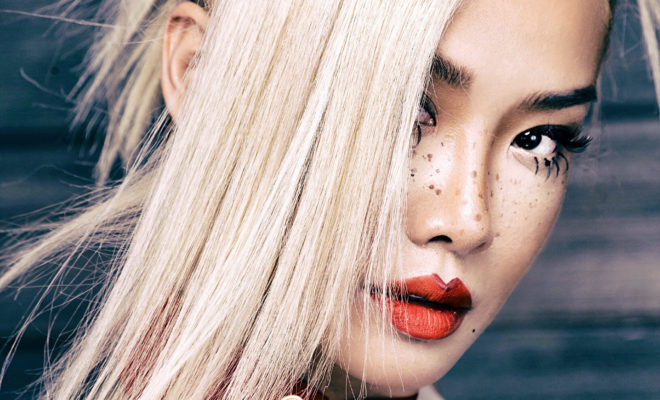 Before she takes over our Instagram, get to know rising star Catina a bit better.

SRS: Tell us about your single “Stronger”.

I have such a personal connection with my first single. There are societal norms like going to college, getting a “proper” job , finding the “proper” partner , getting married, buying a house and starting a family… all by a certain age. Growing up, I was always the strange girl who never conformed to what everyone else was doing. I was constantly questioned and doubted. I released two R&B albums in China despite being told it wasn’t a popular sound. I told people in China I want to release an album in the USA and in English, almost everyone thought I was crazy. They said What’s the point? Stay in China and just release music here. I Have bigger dreams, bigger goals in life. I want to be the first mainland artist to make it in the western world – I want to be the bridge that unites western cultures with the east. The single “Stronger” encourages those who have been told they can’t do something to “GO FOR IT”. You’re stronger than you think!

SRS: What can we expect form the music video?

I wanted to make my debut video in the USA something unique and fun. I Have a few versions of my Single “Stronger” out so I wanted to create sort of like a mini movie that showcased all the different versions of the song.

SRS: Is an EP in the works?

I have something better than an EP, I actually am putting the finishing touches on an entire album that infuses the musical influences and sounds that have shaped me as an artist. I’m so excited to share it with the world.

#IHeartVillage Thank you for having me, having so much fun here ❤️ #iheartradio #iheartradiomusicfestival #China #Vegas #music

SRS: So you were born in China but moved to London to study fashion. How did music come about?

It’s funny, my mother told me growing up I was always singing around the house. (She said I could sing 100 songs by the age of 2). I remember going to the local (and very dated) music store in Wuhan and being drawn to music that not many Chinese people were listening to… I was drawn to Aretha Franklin, Whitney Houston, Etta James, Nina Simone, and Celine Dion. I didn’t even know how to speak English but I would sing to my parents and anyone who would listen, these English songs that I felt.

SRS: Who are your biggest musical inspirations?

SRS: I’m a big wellness person. What are some of your best tips?

Fitness is such an important part of my life. I never really knew how poor my eating habits were until I went to Los Angeles. I look at old photos of myself and see a skinny girl but no muscular tone or shape. I call it my skinny-fat phase. It’s so sad that most Asian girls feel this pressure to be stick thin… and that skinny means beauty. I go to the gym regularly and workout with a trainer who does not give me the same exercises when I come in. My body is shocked every time I workout and it’s really helped whip me into shape. I mix in some Muay Thai boxing in the routine. Eat clean and healthy foods, drink lots of water, sleep early and be thankful of the blessings life has given you.

SRS: How did you get into Muay Thai?

People often get the wrong impression on muaythai, its not violent at all, in fact in order to be really good at it, you to be calm and focused. Boxing gives you the cardio you need as well as strength, it also trains your mind. You rarely see big boxers, they are usually lean and fast. I think that’s why Muay Thai has been getting more and more popular.

SRS: Do you have a five year plan or anything like that?

World domination! Haha Well, the first year of that five year plan, I am hoping to release my album in the USA. I can’t wait for the world to hear it! I’ve been working on it for almost two years! I’ve incorporated the R&B sounds that have influenced me and infused my culture in each song. I’m so proud of it. The following four years, I would love to be able to open doors for artists like myself and show the world that China and Asia have so much talent to contribute to the entertainment space.