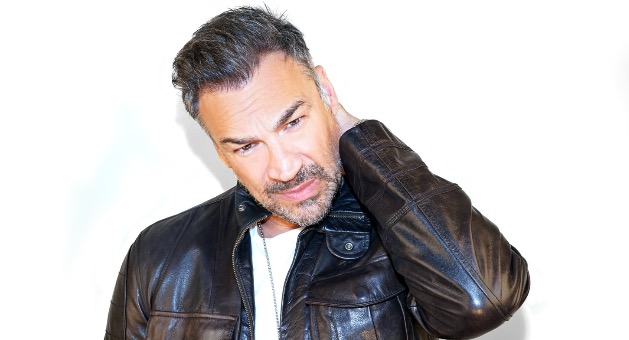 He is taking over our Instagram and our hearts! Now, get to know Aleks Paunovic a bit better.

SRS: So let’s get this straight, you are a champion boxer turned stunt man turned musician turned actor. Is there anything you can’t do?

AP: Surgery. I can’t perform surgery. Haha. My brother is a doctor, so he will appreciate that one.

SRS: How did each of those careers influence your acting career?

AP: It’s interesting. My band days helped me to become comfortable with creating music in a closed environment, and gave me full confidence.  Having that confidence has benefited me in auditions and on set.  When I was doing theatre boxing helped me calm my nerves and stay centered, relaxed and focused.  I’ve been lucky that I found connections to my work as an actor from my past and in other things that I loved.

SRS: If you could, what’s another profession you’d like to dabble in?

AP: Surgery. Seems easy (Another for the bro). Haha

SRS: Ok so you played Winter in War of the Planet of the Apes which was one of summer 2017’s biggest films. What was the experience like?

AP: I can go on and on about it. It was literally the most amazing, challenging Job I’ve ever had. We all had to step up our game because Andy Serkis, king of motion capture, was going to be next to us. Working. He was so kind and driven in his work and it was an honor watching and learning from him. He helped us to really trust our imagination. Plus, Matt Reeves allowed us to play and experiment, and the guidance he gave us in telling the story was spot on. I’m still buzzing when I think about what we accomplished.

#Repost @shazadbukhari (@get_repost) ・・・ To all Winnipeg located peeps: we’re planning to attend Cineplex theater Polo Park on Friday at 7:15 to see #waroftheplanetoftheapes with one of the stars @alekspaun Tickets first come basis. Let’s get a great turnout!

SRS: Upcoming you have films, “Siberia” with Keanu Reaves, “Hard Power” with Liam Neeson and “Volition”. Incredible! Can you tell us anything about each film?

AP: Siberia was quite fun. We filmed it in my home town of Winnipeg Manitoba. It’s a film based in Siberia, so I had to learn Russian with the Siberian dialect. It was a blast, and Keanu is fantastic! Such a kind and professional man. Was a pleasure it was to work with him.

Working with Liam Neeson and Laura Dern has always been on my bucket list. They were incredible!  The film is a dark comedy with a Coen Brothers feel. Looking forward to seeing this one.

Volition is an indie that the Smith Brothers had in their back pocket. Both Tony and Ryan directed this sci-fi thriller which really puts the timeline of the film out of whack. I’m excited to see how fans of sci-fi  are going to connect with it. It’s one of the best scripts I’ve read in a long time.

SRS: Van Helsing is back!! What can we expect from Julius for the next 13 episodes?

AP: Ohhhhh man!!! The evolution and character arc of Julius is exciting. I can’t wait to see what the fans think!

SRS: Dirk Gently’s Holistic Detective Agency seems like such a fun show to be a part of. How is your character involved in this season’s antics?

AP: I play Wygar Oak, a protector of a prince in a fairy tale world. It’s such a great season and seriously brilliant. I can’t wait to see how people are going to react. I was a fan of the first season and Max Landis. So, buckle up. It’s a blast.

AP: The Red Cross Impact anti Bullying campaign is near and dear to me because I know how much it can affect a young person when being bullied. Sometimes the bully doesn’t know the effect because usually they are hurting in some way,  and don’t know how to handle the pain and take it out on others.  I’m about getting to the root of the problem– getting to what’s motivating the bully, showing them compassion and trying to create an understanding so that they can feel okay with being vulnerable. If we can help there, then the bully won’t exist.