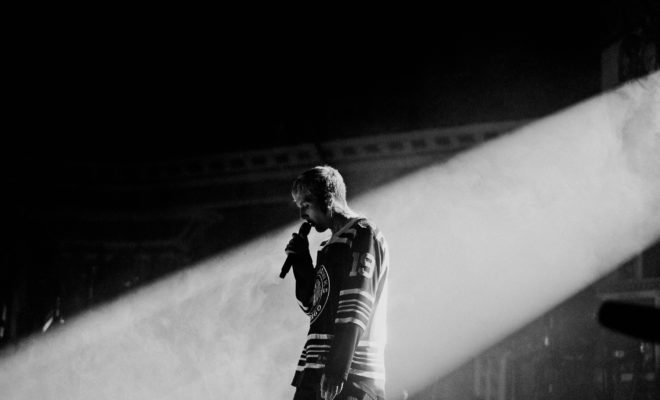 Review and photos by Nina Tadic

In 2019, rock is no longer the most popular genre of music in the world, and going with that, many tend to look at it like it’s a dying breed. However, Bring Me the Horizon’s First Love World Tour is here to prove everyone wrong. With the three bands on the bill each bringing something new to the table, this tour is taking all the best aspects of a rock concert and amplifying them beyond belief.

They say good things come in threes, and for FEVER 333, that’s spot on. The collaboration between Jason Butler (formerly of Letlive.), Stephen Harrison (formerly of The Chariot), and Aric Improta (also of Night Verses), is the punky, rap, post-hardcore group no one knew they needed. With the trio being known for their vibrant stage presence, fast moves, jumps, kicks, and even climbing up the walls, their set did not have a single dull moment. Playing songs like “One of Us” off their most recent release, STRENGTH IN NUMB333RS, and songs off of their debut release, Made In America, watching FEVER 333’s set was like watching lightning in a bottle. It was fast-paced and all around mesmerizing. Butler has always written lyrics that are more than just lyrics, but are about something, and for FEVER 333, this definitely hasn’t changed. Songs about accountability, systematic racism, and America’s current state of division filled the room so cathartically, not only getting listeners’ attention, but making them think at the same time. Fever’s set brought the political punk energy and emotion that is so rare but such a staple in rock music.

Thrice was the second band to take the stage, and while a significant juxtaposition from FEVER 333’s energy and performance style, they too brought another aspect of rock that is often forgotten – that being indie rock. Veterans of the genre, Thrice has been performing for two decades now, and it shows. They played a mixture of songs off of their releases, blending their older sound (more lively and vibrant), with their more refined sound, slow and soothing. Vocalist Dustin Kensrue is a master of putting his soul in his voice, but doing so in a very delicate way. The folkier, more relaxed side of rock is not something many people think about when they hear “rock concert,” but it is just as relevant in the genre as punk rock or metal. Thrice’s ability to bounce between songs off of The Artist In the Ambulance and Palms with such poise, and keep the audience’s attention while doing so, shows that so stunningly.

And lastly, the reason for the First Love World Tour, Bring Me The Horizon made their way to the stage. Before the lights went up, the opening notes of “i apologise if you feel something” echoed through the ballroom. The crowd’s silence was such that it was almost ominous, before they saw the band’s members make their way onto stage. Then erupted screams and cheers that could probably be heard from blocks away. Vocalist Oliver Sykes waltzed onto the catwalk like a seasoned model with a knack for captivating peoples’ attention. Decked out in a Chicago Blackhawks jersey and pinstripe pants and white combat boots, he looked like the embodiment of a rockstar, especially in the culture of 2019. The rest of the band’s members also dressed very fashionably. If one looked at a photo of Matt Kean at the edge of the stage with his bass, they’d think he walked out of a textbook for this era’s sense of “style.” Though the band’s presentation was one that seemed hip and sleek and cleaned up, this is just another symbol of them refining themselves and their “brand.” Though they don’t dress like the same boys playing deathcore songs (which, take note, they’re still doing a little bit of) in small clubs ten years ago, they are definitely those same boys. They have just done something that a lot of rock artists forget to do – they’ve kept up with the times.

They haven’t just kept up with the times visually, however. This band has kept up with their audience’s taste as their own has been refined. Starting their set with bursting confetti and then merging into their Grammy-nominated song, “MANTRA,” off of their new album amo, they brought in their new sound with a bang – something old fans and new reacted incredibly towards. The amount of crowd-surfers cheering and waving and throwing up devil horns all while trying to touch Sykes’ hand as they went over the barricade was unreal.

The band is not ignorant to the fact that their newest album is not everyone’s favorite however, which is why they made sure that they still bring the heat with some older classics. Bring Me The Horizon managed to mix in a good variation of songs from their 2013 hit album Sempiternal, and a ton from 2015’s That’s the Spirit as well. Fans as young as being pre-teens were belting out the words to “Drown” and “Avalanche” right alongside thirty-somethings who had been listening to the band since the Count Your Blessings days.

Speaking of the Count Your Blessings days, many old-school fans have taken to the internet to complain about the band’s change of sound – about how it’s too poppy, too synthy, too EDM, too soft, too this, too that. It seems like there’s not a day that goes by without someone saying “Oli doesn’t scream anymore.” The band has definitely proven that wrong on this tour, however, because on a handful of dates, they’ve thrown a deathcore medley into their encore. Fans have to fight for it, however. In Chicago, they fought hard enough.

As soon as the lights went down for the encore, fans began to chant the lyrics to “Diamonds Aren’t Forever” off of the band’s 2008 release, Suicide Season. There are very few instances in which one will hear a crowd of five thousand chanting “we will never sleep, ‘cause sleep is for the weak, and we will never rest, ‘til we’re all f*cking dead,” over and over in a dimly lit ballroom, but somehow, that was the sight in Chicago on Tuesday night. Eventually the band made their way back out to the stage, surrounded by a flood of bright light and more cheering, as they broke into “Doomed.” Following the song, Sykes took to the mic to crack a quick joke. “We heard some people yelling some things from backstage… we tried to ignore it. No, we’re not going to play it tonight,” to which tons of people began to groan and whine, right as he finished his sentence – “I’m only jokin’!” The lights dropped low, flickering between magenta and white and green, as the band burst into a medley of “The Comedown,” “(I Used to Make Out With) Medusa,” “Diamonds Aren’t Forever,” and “Re: They Have No Reflections.” Suddenly, all of these same fans who were swaying and singing along to “Drown” ten minutes prior, were moshing and jumping and hooting and hollering to songs over a decade old as if they were on the Billboard Hot 100. Six minutes later the medley wrapped up, and the band closed out the night with a thrilling performance of “Throne”, under shooting pillars of smoke, bright white lights, and the most beautiful blanket of white confetti.

Looking around the room, there did not seem to be one person without a smile (and probably more than a little sweat) on their face. People of all ages were laughing and talking and dancing and drinking together, moving as a mass towards the door, back towards reality. However, they spent the prior hours enveloped in the energy of the room, and the people around them, with 100% of their attention-span. That is what rock looks like – a room so far separated from the outside world that people forget the outside exists. The First Love World Tour is about a love of rock, and rock culture, and live music and the aesthetics that go with it, and it is worth every dime and every minute spent. 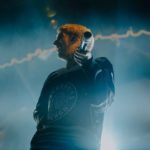 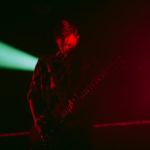 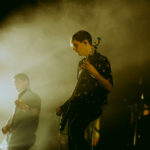 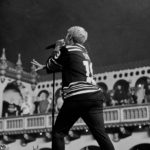 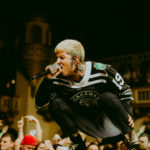 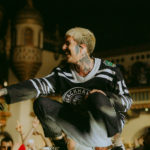 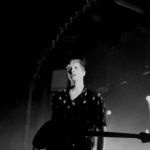 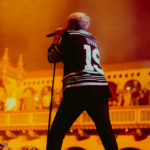 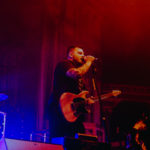 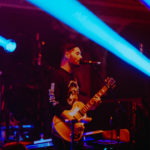 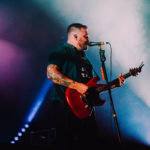 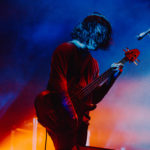 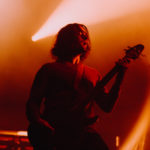 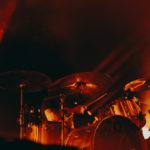 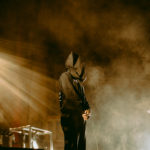 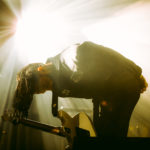 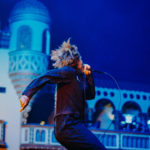 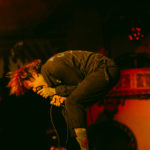 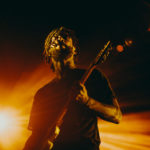 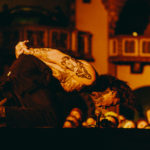 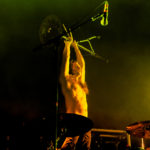