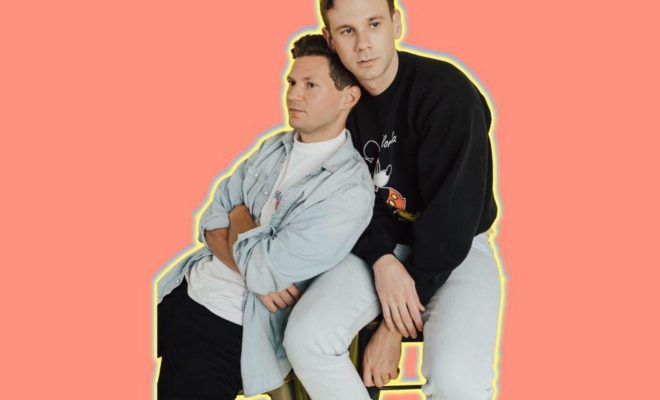 Artist To Watch: The New Schematics

Nashville based indie pop rock band, The New Schematics, are a duo you need to add to your playlist ASAP. The New Schematics consist of Cory Bishop and Michael Bare. The band spent their first two years on the road, playing 140 plus shows in over 50 North American cities. So far, they have secured over 300,000 streams on Spotify. In 2018, The New Schematics will be releasing six new singles. Fans can expect a fresh, new sound with the band’s upcoming music. Today, they released the first single of six, titled “Who Do You Think You Are?” Listen to the track on Spotify here.

To learn more about The New Schematics plans for 2018, read our interview with Cory below!

Cory: “It’s wonderful, exciting and feels like my heart is going to jump out of my chest all day, everyday. It’s probably like how parents feel when they send their kid off to college. It’s all really exciting.”

SRS: “What sparked the idea to reinvent your brand?”

Cory: “We are constantly in a state of reinventing ourselves. A lot of the bands we look up to seem to do that themselves, so that’s probably what put it on our radar. It’s fun to be creative in more ways than just the music. Some people may see it as a slog to be working on stuff besides music, but I see it as an extension of what we love. It’s fun to create visual stuff to what we’re doing musically. Our new music is a different sound from what we have been doing so far. We have been taking in a lot of our influences and reflecting that through what we are writing and recording, along with visual creative stuff. It’s been exciting.”

SRS: “You wrote half of a song (“Who Do You Think You Are?”) about your wife before you proposed and the other half after she said yes. Was that planned or did it just happen that way?”

Cory: “It kind of happened that way. I remember it was Christmas Eve that I wrote basically the chorus of this song. The verse was already written about traveling, being on the road with the guys and the trust that she has for me. I then proposed to her on New Years Eve that year a week later. The guys and I got together in the garage and started playing the song that was half written. The second verse I was singing whatever words come to mind. I had in mind that it would be placeholder music but the guys liked them and so did Kristen (Cory’s now wife) so I was like ‘okay I guess I’ll keep them.’ It’s about how she wears the diamond ring I bought her. Since I am a poor musician, it is a pretty small diamond but she was onboard with it. The second verse is saying I swear we are going to make it. It’s me telling her that the band and her and I as a couple are going to make it, despite how poor we are.”

SRS: “What was the recording process like for this project?”

Cory: “We have been recording with different producers and in different spaces. The first single we did it over three nights at Smoakstack Studios in Nashville with Brendan St. Gelais and Patrick Kiloran. We have never recorded a song that quickly. The second single that is coming out, we did in four hours top to bottom in my house so that is something we have never done before either. Each song has been its own story and we are going to be releasing some videos and some stuff to talk about that and let people in on it.”

SRS: “You’ll be releasing 6 singles this year. What can fans expect from the new music?”

Cory: “It’s different from what we have done before and I think as you hear each single come out, you’ll progressively understand what we are doing. All the songs tell a story together and the way the sound of each song is points towards the next song that is going to come out. It is a good mix of modern indie pop rock and some classic influence. It’s all super honest. We are trying to set the tone with this first single and video to make clear even though we have bright colors and are dressed in thrift store clothes, we are still extremely honest in our approach and songwriting.”

SRS: “Do you have release dates set for the upcoming singles?”

Cory: “We have. They are kind of flexible release dates but we have set them.”

SRS: “Spotify has been a huge platform for your band. What have you been listening to lately?”

Cory: “2017 was a good year for music, so I am still listening to stuff that came out last year. I love that Coin record. I love Arkells album. The Killers, Foster The People, The Night Game, Bleachers, Hippo Campus, LANY, Walk The Moon.”

SRS: “What’s next? Do you have any plans to tour in the near future?”

Cory: “We are going to do a little bit of touring. We are about to announce dates sporadically. Basically if people say hey we want you to come here, we will probably figure out a way to get there.”

Want more The New Schematics? Follow their socials below!