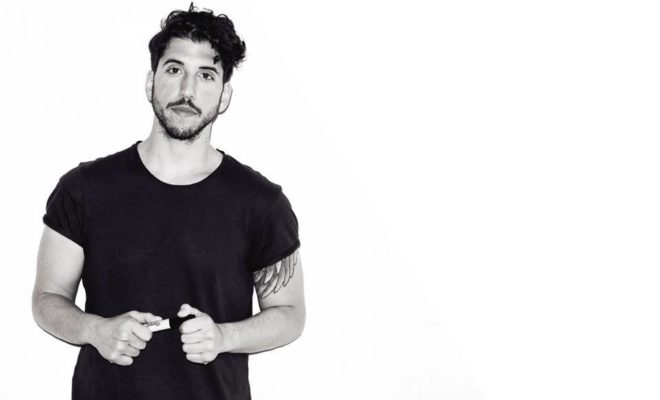 Happy New Music Friday! Singer/Songwriter Jordan DePaul is back with his new single “Still Miss You” and I can’t stop listening. This relatable track is the perfect song for anyone going through a breakup. One of my favorite things about Jordan’s music is his ability to write honest, vulnerable lyrics while still creating an upbeat track. “Still Miss You” does exactly that. It perfectly showcases Jordan’s songwriting ability, while delivering a crisp pop sound. I had the opportunity to chat with Jordan about his new music, songwriting process, upcoming projects, and more. Check it out below!

SRS: Your new single “Still Miss You” is out TODAY! What was your inspiration behind the track?

Jordan: “Still Miss You” has a storyline everyone can relate to. After you go through a break-up and you realize that the relationship is over, you generally begin the process of throwing out the things that constantly remind you of your former significant other. In my personal experience, it doesn’t work, because even after you throw out the photos and the block their phone number, you still miss them. The encompassing thought is, “you can’t just throw out love.” I wrote “Still Miss You” about a previous relationship two months before it actually ended. Things were pretty rocky at that point, and I started thinking, “what would I do and how would I feel if we ended up actually breaking up?” So I wrote “Still Miss You” before we actually did.

SRS: This is the first single from your forthcoming project. What can fans expect from the new music?

Jordan: It’s different. I moved to New York City a year ago mostly to separate myself from everyone I knew in Nashville that kind of knew me as the “americana/country guy.” I felt like I couldn’t be creative because every time I tried to be, someone would tell me “that doesn’t sound like you.” With the new music, I sat alone or with my roommate Tommy Cole (who wrote “Still Miss You” with me) in my apartment and just wrote what and how I wanted. I negated playing shows or sharing the songs because I didn’t want feedback from audiences until I was ready to share the music with them. The new record was written in New York and recorded and produced by my good friend, Ian Christian, in Nashville. For a long time, not sharing what I had been working on depressed me. I remember thinking to myself, “I have all this music I wholeheartedly believe in, and know one knows it exists.” But I’m not sure I ever really took the time to just focus on the music without any outside distractions like I have with the new stuff. I was always writing, recording, touring, and trying to get signed. I wanted to focus on writing the best, most genuine music I could write. And I think I’ve found it. The feedback I’ve been getting is it’s very Shawn Mendes, Charlie Puth, and Ed Sheeran. But for the first time ever, it feels like me.

SRS: One of my favorite things about your music is your honest lyrics. What is your songwriting process typically like?

Jordan: Most of the time, especially if I’m writing a song for my own project, it starts with a feeling. Whether I’m sad, happy, or whatever, it starts there. When I sit down with my guitar, I initially begin playing a riff that coincides with what I’m feeling, and that usually just flows right out of me. I then think about what I want to say and how I would say it. And that’s the important part in achieving such honest lyrics; “how would I say it.” Making the lyrics conversational is the ticket, in my opinion. Then I’ll live with it, do some rewriting if need be, and there ya have it.

SRS: You’ve now lived in both New York City and Nashville. What are the differences in music scenes?

Jordan: The music scenes, in my opinion, couldn’t be more different. In New York, I’ve noticed a bunch of different pockets of musicians that have found each other have somewhat kept to themselves, almost as if it were their “clique.” I just think Nashville, as a whole, is one big clique. Everyone is working together and trying to help each other succeed. It’s hard in New York. There are so many obstacles to overcome when attempting to make music with someone else. It’s difficult to get around. The guitar player you want to play with lives on the Upper East Side and you live deep in Brooklyn, and the trains are constantly not running correctly. In Nashville, it’s so easy to hop in your car and get to a session anywhere in the city in under 15 minutes. That means there is just more time and energy that is being spent on being creative than actually trying to get somewhere to be creative. However, I’ve only lived in New York for a year now, so I can’t speak for everyone. That’s just my experience.

SRS: You’ve said you want to write songs you don’t know how you’ve lived without before. Who are some artists that inspire your sound?

Jordan: “I realized that I’ve written a lot of great songs in the past, but I’m not sure if I added anything to my life or the lives of listeners with previous songs. That was my main focus in writing these new tracks. I really wanted to tap into the emotions we feel in particular scenarios and connect with people by sharing my genuine life experiences. I’ve been getting a lot of feedback that the new record sits right with the likes of Shawn Mendes and Ed Sheeran, which is great, because that was the vibe I felt came naturally. I also take that as a huge compliment, because those are two very talented dudes. I knew the songs were pop songs, but I didn’t want to lose my singer-songwriter background and the intimacy of the acoustic guitar. I think someone who does that really well is Billy Raffoul. When you go into the studio to record, it’s easy to get drunk with power and add a bunch of guitars, drums and synths to give the track a full sound. We wanted to kind of strip things back a bit, make the songs more about my vocal and the lyricism while simultaneously achieving a good groove. I always say, “I want them to feel it in the heart, not the eardrums.”

SRS: You’re on the road right now with the “Still Miss You” Tour! What are some essentials you need to have on the road?

Jordan: “First and foremost, Essentia Water. Anyone that knows me well knows I have somewhat of a drink fetish. At any given time, I will most likely have an Essentia water, a Kevita Kombucha, and a coffee. Hydration is key for keeping your voice in good shape, especially when you’re singing every single night. Other essentials are protein bars, bold Chex mix, and a good hat (you’re gonna have bad hair days. You’re just going to).”

SRS: For people that have never seen you live, what can they expect from a show?

Jordan: “Expect a lot of heart. Each time I perform I try to tap into the feeling I had when I originally wrote the song. I love the story behind it all. It’s why I began writing songs in the first place; to tell stories. Before I knew I could sing, I used to write children’s books that always ended up pertaining to the way I was feeling as a child (of course nothing ever got published, but it was a way for me to express what I was feeling, and I loved it). However, for BOTH those who have and haven’t seen me before, expect to dance to some sad songs. I did a pretty good job of hiding my sad boy lyrics with some pretty great grooves. You can thank my producer and best friend Ian Christian for that as well (my dude is a genius).”

SRS: What’s next for you after this tour?

Jordan: “Well it just got extended for another week. I just got word that I’ll be playing a few shows in Miami the second week of August, so that’ll be pretty cool. It’ll be my first time there, so aside from the fact that I get to play down there, I’m excited just to go check it out. After that, I’m moving back to Nashville. I moved to New York a year ago and I feel it has served its creative purpose. I know the artist I want to be and I don’t think I would’ve found it if I didn’t separate myself from Nashville for that year. I needed to be creative alone in my apartment without any outside influence. After “Still Miss You” another single will be out sooner rather than later, then a full EP in October, tentatively. We’re finishing it all up now and I am so excited to share it with everyone.”