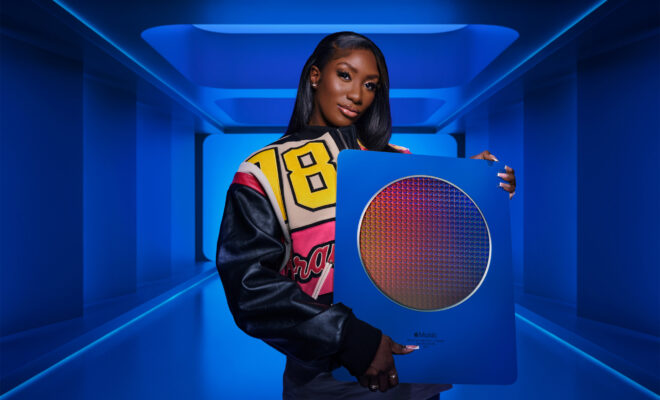 This past Tuesday, Apple held their third annual Apple Music Awards, recognizing the best artists of 2021 and their influence on global culture.

“The past 12 months have proved to be a remarkable year for music, and we’re thrilled to honor the artists who are shaping culture and connecting with fans around the world on Apple Music,” said Oliver Schusser, Apple’s vice president of Apple Music and Beats. “This year we’re also recognizing more regional artists, showing the world the impact of extraordinary talented musicians who are making waves globally.”

The winners of the 2021 Apple Music Awards main five categories were chosen through a process that reflects both Apple Music’s editorial perspective and what customers around the world are listening to the most.

It thus came with little to no surprise when The Weeknd was named Global Artist of the Year, following the wild success of his album, After Hours. 18-year-old sensation Olivia Rodrigo scored the most awards this year, taking home trophies for Breakthrough Artist of the Year, Album of the Year AND Song of the Year thanks to her album SOUR and hit single “driver’s license”. As for the Songwriter of the Year recognition, it was awarded to singer, songwriter, and multi-instrumentalist H.E.R. who released her highly acclaimed 21-track album Back of My Mind earlier this year.

For this year’s International Artist of the Year awards, Apple Music hand-picked five artists who made a great impact culturally and on the charts in their respective countries and regions.

French-Malian singer Aya Nakamura is the most streamed Francophone artist in the world. Best known for her hit song “Djadja,” she has released three albums featuring countless chart-topping songs. In France, the 26-year-old is one of the only female artists to consistently appear in the streaming charts in a market dominated by male rappers. Her album “AYA” garnered the highest first-week streams for an album released by a female artist on Apple Music, and all 15 songs on the album entered the Daily Top 100 chart in France.

Singer-songwriter Wizkid is one of Africa’s biggest crossover acts, having collaborated with some of the biggest names in the American music industry. The Nigerian musician first found regional success in 2011 and went global in 2016 after his collaboration with Drake on “One Dance.” In October 2020, he released his critically acclaimed and most commercially successful album, Made in Lagos, which led him to be the most streamed African artist on the continent on Apple Music this year.

27-year-old German rapper Renato Simunovic, aka RIN, released his first EP Genesis in 2016 and his debut album Eros the following year 2017. A 25-time gold and three-time platinum artist, RIN is now redefining the idea of what German rap should sound like with his third album, Kleinstadt.

Formed in Japan in 2012, OFFICIAL HIGE DANDISM aka HIGEDAN consists of lead vocalist and keyboardist Satoshi Fujihara, guitarist Daisuke Ozasa, bassist and saxophonist Makoto Narazaki, and drummer Masaki Matsuura. They released their debut mini-album, Love to Peace wa Kimi no Naka in 2014 and their first full-length album Escaparade in 2018. Their third album, Editorial carries the third-highest first-week streams for an album released in 2021 in Japan.

Russian rapper Adil Zhalelov aka Scriptonite released his debut album, House with Normal Activity in 2015, and followed with two more LPs in 2017. After starting his own label, Musica36, in 2019, Scriptonite’s 2004 album was released exclusively on Apple Music, becoming the No. 1 streamed record of the year. 2021 saw the release of his new album Svistki Y Bumazhki, and the rapper has already announced he’s currently working on his first English-language record.