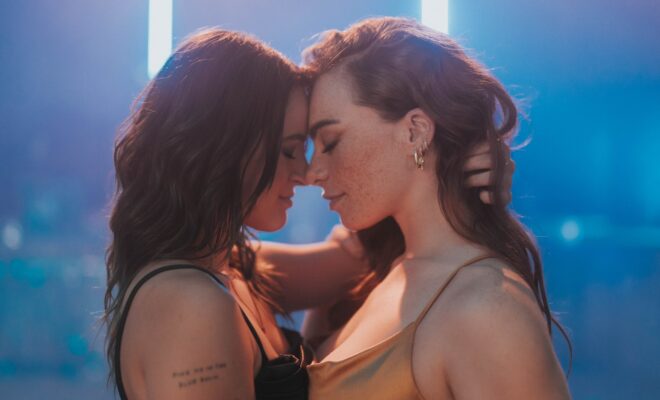 “Do everything in love, always, while you can.” This is what Canadian singer-songwriter Xana replied to a fan complimenting the gentleness of the choreography in her music video about a year ago.

The video in question was “Yellow,” one of the videos of Xana’s Jodie series, a 5-video project that the independent artist has worked on for the past 2 years. Last week, Xana unveiled the fifth and last video of the series, “19.”

While Maia Cervellin reprised her role as Xana’s on-screen girlfriend Jodie in the music video accompanying the song, Lindsey Blane served as director of photography once again.

The whole project was written and co-directed by Xana herself, which may explain why authenticity seems to have been the keyword throughout the series. Depicting the love and longing that come with falling in love, and the anger, nostalgia, and pain that eventually come with the fallout, the Jodie series is raw and shows Xana in her most “naked & bloody” self.

Xana first introduced her music to the world in 2020, when the pandemic pushed artists to focus on their social media presence. The Tiktok community quickly took a liking to her unapologetic, female-empowerment anthem “Goddess,” which has since amassed over eight million streams on Spotify alone. The queer artist quickly followed with another, more rock-leaning, single titled “Pray,” which received the same love from the platform. In 2021, as the pandemic dragged on, Xana continued to grow as an artist and to work on her debut album, Tantrums.

Xana’s debut is intimately revealing and encompasses themes that are close to the artist’s heart such as LGBTQ romance, female empowerment and self reflection. While every song echoes the singer’s multi-genre influences, she manages to bring listeners on a personal journey “of explosive arrangements, heartfelt moments, and bold attitudes.”