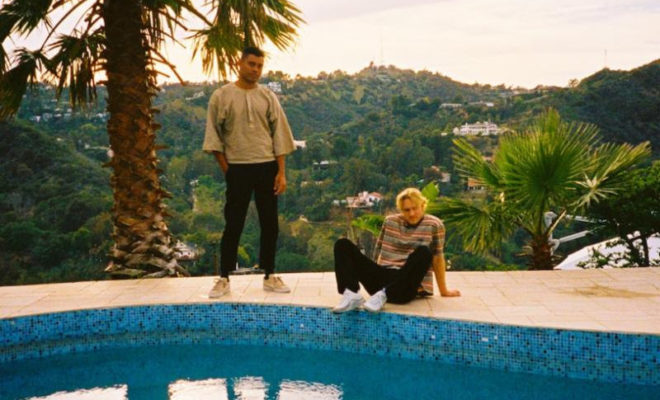 WIINSTON brings the LA night vibe with their latest single “Lala,” released today by Capitol Records. The city itself emerges as a character on the rhythmic track, which pulses with an indelible, lilting refrain.
Producer/songwriter Alfred Thomas and singer/songwriter Daniel Richards – the two longtime friends behindWIINSTON – write, record and produce most of their songs alone in Thomas’ one-room apartment.
WIINSTON says, “We paint the picture with feelings and moods and just play around until we like it. It all comes to us very intuitively and fast, and the lyrics are shaped as pictures before they are written down.”
Related ItemsWiinston
Jacklyn