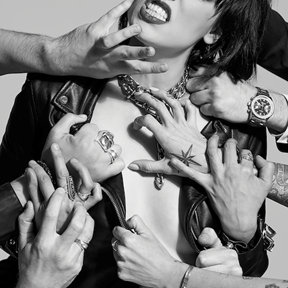 Halestorm will discuss the upcoming album in several live events tomorrow, May 31st. The band will first participate in a Facebook Live interview with hard rock and heavy metal site Loudwire.  Tune in to https://www.facebook.com/LoudWire/at 12:45 PM ET.  Next, Huffington Post Managing Editor of Culture Lauren Moraski will host an interview and live Q&A as part of the BUILD Series at 3:30 PM ET (tune in at buildseries.com), followed by “An Intimate Evening of Music & Conversation with Halestorm” at New York City’s Sony Hall. Presented by BackStory Events, that concert will include a long-form interview by journalist and founder of the Women’s International Music Network, Laura B. Whitmore, audience questions, and an exclusive performance. The sold-out event will be streamed live via the official Guitar World YouTube channel beginning at 7 pm ET.